Rainy with a chance of heat pumps in Prince Rupert

Heat pumps are increasing in popularity in Prince Rupert, where the coastal climate has a moderating effect on temperatures. Cold-climate heat pumps rated to work in temperatures as low as -30°C are also providing year-round comfort in chillier inland communities as well.

One man's heat pump crusade paying off for residents in northwest B.C.

Mention Prince Rupert to someone who lives elsewhere in B.C. and talk often turns to just how rainy it is. In fact, in 2020 Prince Rupert set a sogginess record when it rained all but one day in August.

Aaron Bosco doesn't want to talk about Prince Rupert's rain. He wants to discuss how heat pumps provide year-round comfort. He has one in his Prince Rupert home, and claims that he's now averaging about $1 a day to heat his 2,000-square-foot home in winter, and 70 cents a day to cool it in summer.

Bosco is also the go-to certified heat pump installer for a local company who specializes in the technology. He's crazy busy – three or four heat pump orders and two installs each day in October – both as a contractor and as a promoter of the technology.

"A lot of plumbers and heating contractors up here are still recommending putting [gas] furnaces in – they say heat pumps don't work in this climate," says Bosco, who sees such claims as wildly misleading.

Advancements in heat pump technology have produced models available in B.C. that can operate in temperatures as low as -30°C, far colder than the lows experienced by Bosco's Prince Rupert clients. We recommend that talking to a licensed contractor to ensure you get the right model to meet the heating and cooling needs for your housing type and region.

"People might say that I'm passionate about heat pumps because I sell them," says Bosco. "But I'm seeing energy bills dropping and happy customers. I have one customer who put one in his house and likes it so much that his brother, sister, and his mom are all putting one in their homes, too."

Combined BC Hydro, provincial, and federal heat pump rebates for those switching from gas to electric heat pump in B.C. can range from up to $11,000 in the south and southwest and up to $14,000 with a top-up for homes from 100 Mile House and further north. One B.C. resident that took advantage of rebates is Allan Robinson, who recently installed heat pumps in his 1920s-era main home and in a smaller rental home, both in Prince Rupert.

"We've looked at all the pre and post-installation data, because I'm that kind of nerd," says Robinson. "Last year, in September and October, I spent $400 to $500 on gas for both places combined. This year I've spent $100 [on electricity] on one place and $50 on the other. And that's for everything, including the electricity used for other equipment that runs on electricity. I think maybe my hydro bill went up $25 per month for each place."

Robinson says he's looking forward to even bigger reductions in the coldest months of the year, when his heating costs combined for both homes have been as high as $1,000 per month. And then there's the added benefit of efficient cooling with heat pumps.

"We wanted to add cooling because our weather has been trending toward warmer and warmer summers," he says. "We went from not being able to use our third floor because it was too hot, to being able to use it all summer. We used to sleep downstairs most of the time."

Robinson says that while he's still waiting for his federal rebate, he got a combined $9,000 in rebates from the CleanBC and BC Hydro top-ups that include a northern B.C. top-up. He says he's now looking at being "out of pocket about $8,000 to put heat pumps in both places", including the cost of swapping his gas-heated hot water tank for an electric version.

If winter bill savings are as high as he expects, Robinson thinks he could pay off his investment in as little as three years.

"I've been telling a bunch of my friends to do it, too, as most of them have gas furnaces nearing their end of life," he says. "They could replace them with new gas furnaces for something like $5,000, but they're all noticing their gas bills are going up quite a bit. My mom told me her gas bills almost doubled in the last little while."

"Especially with the rebates in the north, it's looking like a no-brainer to make the switch."

Training and certification are vital

Bosco's business' heat pump installers all meet our qualifications, with specific heat pump training via the Home Performance Contractor Network (HPCN). That makes his crew in great demand in Prince Rupert, where the northern top-up rebate can bring combined rebates of up to $14,000 for switching from gas heat.

Sadly, part of his work has been replacing poorly installed heat pumps, some by homeowners who did it themselves after consulting DIY videos online. He has seen "killed" compressors, heat pumps so oversized for homes that they cycle on and off so often they damage the system, and other systems so undersized that they never shut off.

"The HPCN training has been good because it keeps everyone honest," he says. "You get all the information you need for a cleaner install, and you're held accountable. It's getting people off the DIY game, because they can't do that and still get rebates. It's going to limit the poor workmanship out there."

In some of the coldest places in B.C., a contractor may recommend adding supplemental heating to your heat pump system to help meet a home's heating needs during periods of extreme chill.

Most of Bosco's installs are in homes where winter lows rarely, if ever, get below -17°C, but there are exceptions.

"If you're in a colder climate, I always encourage – and usually require – a backup heating source," he says. "But I won't recommend that unless it makes sense. A lot of the installs I do are in warmer areas, so there's no need. Otherwise, you have to make sure there's a backup, whether it's a pellet stove, wood stove, or baseboard electric heating."

Bosco says he prefers to install ducted heat pump systems when he can, and it's a good fit for retrofits in homes with gas furnaces and existing ducts. He did that in his own home, and because his heat pump is rated to -22°C, he hasn't had to lean on supplemental heat.

To qualify for rebates, heat pumps must be the primary source of heat for a home. The heat pump in Bosco's home is also equipped with a communication system that tells him exactly how much electricity the system is consuming. That's how he discovered that he's in the dollar-a-day range for heating costs, and 70 cents a day for cooling in the summer. Even in last winter's cold snap with temperatures down to -15°C in Prince Rupert, he says his heating costs spiked only to about $3 a day.

"My heat pump also has humidity control," he says. "It's something I'm trying to add to my customers' systems as well. It has a dehumidifier feature that kicks in air conditioning for a little while, and then kicks the heating back in. You get that moisture control that can be so important."

Next up for Bosco is a huge project installing 61 heat pumps in Lax-Kw'alaams (formerly Port Simpson), an Indigenous community located 40 km north of Prince Rupert.

"We started out as an industrial commercial refrigeration company, and we've been in business for 57 or 58 years," says Bosco, who took over ownership of the company when he and wife Shannon returned to their hometown in 2018. "But with heat pumps we saw a great technology and great opportunity, so we're trying to stay on top of it. I'm hiring to accommodate the growth. I've got customers in Smithers asking for heat pumps, and that's a 4.5 hour drive away." 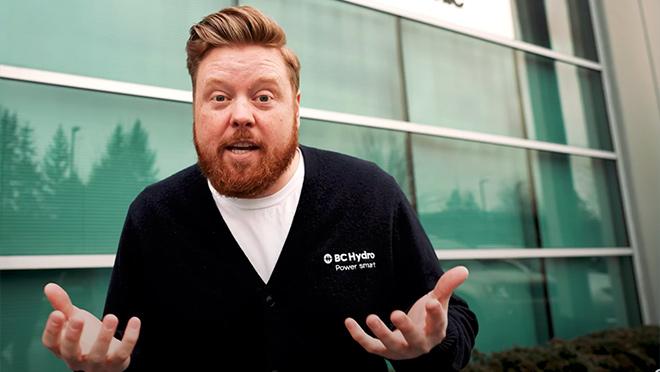 How heat pumps measure up against cold climates in B.C. 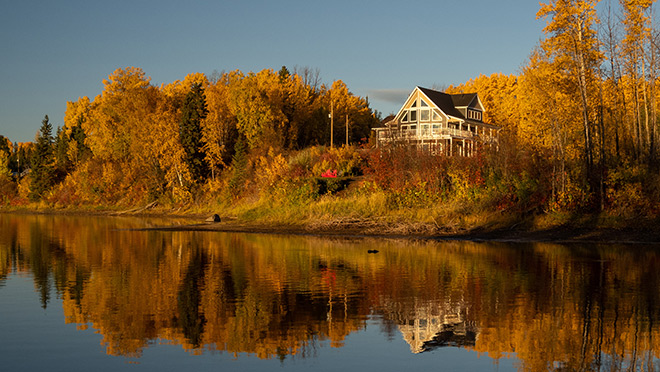 A stunning home looking out onto the Stuart River near Fort St. James, B.C. is net zero ready and equipped with a heat pump that provides year-round heating and cooling. 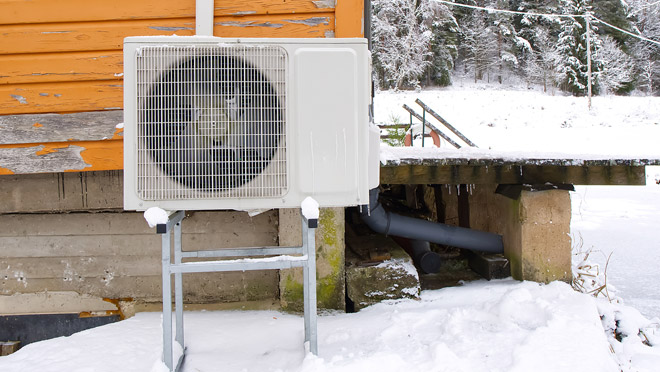 Life with a heat pump in a time of heat domes, big chills

Heat pumps in B.C. homes stood up to the heating and cooling challenges of record low and high temperatures in 2021.