Kamloops is a place with generally short commutes to work or school, a renowned network of sports fields and great access to trails, rivers, lakes and mountains. Roger took this shot while paddling at popular Stake Lake a short drive from the city.

No flights, low car use and outdoor recreation add up to low CO2 footprint

The second in a series of deep dives into the carbon footprints of B.C. households. Names have been changed for the anonymity and privacy of each household profiled. Interested in being profiled in this new series? Let us know at connectwithus@bchydro.com.

Roger recognizes that his lifestyle, and that of his two 'roommates', are anything but the norm. Even as COVID-19 restrictions ease and Canadians jump at the chance for air travel and road trips, Roger and Co. have kept it local.

And when they get away, it's usually for a short drive to a local mountain or lake for a bike, a hike, or a paddle. The trio racked up only 3,500 km in the family SUV over the past year and took zero flights.

"Most of my recreation is human-powered," says Roger, who works as an instructor at Kamloops' Thompson Rivers University, almost apologetically. "But a lot of recreation in the area involves internal combustion engines, and both work and recreation revolve around them. A lot of people here will drive their truck all week and then use it again for a getaway on the weekend, then they'll take their boat or snowmobile out.

"It's very Canadian, and I can't imagine that will change anytime soon."

Roger says he doesn't feel the least bit superior to his neighbours – "I'm just not that active," he says – and until he was interviewed for this story, he paid little attention to his CO2 footprint. It just happens that a few energy-efficient measures, and the unusual lifestyles of those in his home – his adult daughter lives in a basement suite with her boyfriend – produces a carbon footprint far below that of most Canadians.

A few years back, Roger upgraded his attic insulation and the ventilation in the home. And he says it has really paid off. "The effect was dramatic and is the main reason my heating and cooling can be so efficient," says Roger.

Roger keeps a tight rein on household expenses, including energy costs, and he's generally been happy with the natural gas furnace that heats his 2,000-square foot Kamloops home. But once that furnace reaches its end of life, he says he'll consider installing a heat pump, mainly because of the cooling that a heat pump offers.

"Last year, when Lytton set the Canadian record for the hottest day ever, we were only about half a degree behind," he says. "It almost hit 50° Celsius here. We have one window air conditioner that generally does the job until it gets as hot as 36° or 38°. And when it's really hot, we also use a second, portable, air conditioner."

Roger also monitors the outside temperature to work strategically to cool his home. As soon as it's hotter outside than inside, he closes all windows, doors, and blinds. But once the evening air cools, he opens windows to create air flow overnight.

More and more British Columbians are turning to heat pumps for year-round comfort, however. Combined B.C. and federal rebates for those switching from gas or oil heating to electric heat pumps can add up to $11,000. And the benefits in home comfort – and CO2 emission reductions – are winning people over. BC Hydro's Heat Pump Incentives Guide calculates Roger would be eligible for the full $11,000 in heat pump rebates, and that the switch from a fossil fuel-powered furnace would trim his household CO2 emissions by another two tonnes per year.

For Roger, his well-below-average car use doesn't make him the best candidate for a switch to an electric vehicle. But the average Canadian runs their car about 15,000 km per year, and especially in these times of high gas prices, the fuel costs savings of an EV really add up. Combined B.C. and federal rebates of up to $8,000 are a big reason B.C. leads North American in per capita.

For the typical British Columbian, switching from a gas-powered SUV to an EV such as a Hyundai Kona Electric and its 415 km of range, could save almost $2,300 a year in fuel costs. And the CO2 emission savings over 15,000 km would be about 2.4 tonnes per year.

If even one in 10 Canadian households switched to a heat pump and opted for an EV over their existing SUV, the collective C02 emission savings could be 4.5 million tonnes annually. That's equivalent to the emissions of a million gas-powered vehicles.

Then again, if one in 10 Canadian households reduced their emissions to the level of Roger's household, it would be like taking over seven million gas-powered cars – or one in five cars in Canada – off the road.

"If I'd done this [carbon calculation] 20 years ago, it would have been a completely different story," says Roger. "I was doing way more traveling and way more driving. But I'm also fortunate that I live in a fairly small town, have about a 10-minute commute to get to work, and I don't have to drive very far to get to wilderness."

About the footprint calculator

While there are a variety of carbon and eco-footprint calculators available online, few are as thorough and data-driven as carbonfootprint.com, which involves far more detail than most other calculators. It also shows much higher CO2 emissions totals for consumption of food, products, recreational pursuits, etc., than other calculators, estimating those emissions by a household's annual spend in each category.

For this series, we've used the calculator to its full potential, getting profiled households to include detailed information about their transportation, food, recycling, and other choices. If you have questions about how the calculator functions, see carbonfootprint.com calculators FAQ. 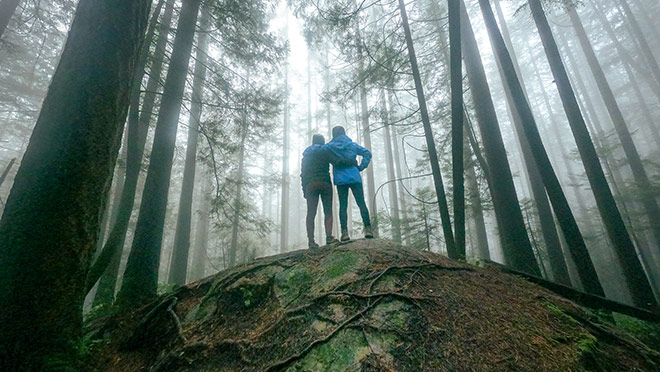 CO2&U: Your carbon footprint, and how to shrink it

BC Hydro kicks off a series that looks at the carbon emissions of B.C. household with a look at a four-person family in North Vancouver. 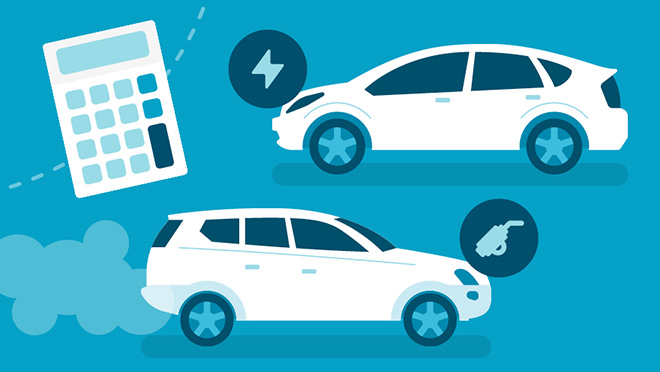 Calculate how much you could save on fuel with an EV

A BC Hydro online tool quickly estimates how much can be saved annually in fuel costs by switching from a gas-powered to electric vehicle in B.C.