World's No. 1 EV and home energy show partners with BC Hydro for 2023 event

Robert Llewellyn loves that B.C. is powered by 98% clean electricity. And it's the biggest reason the comedian-turned clean tech evangelist is bringing the Fully Charged LIVE show – a hot ticket offshoot of a popular YouTube channel and series that dishes on everything from electric cars to a giant wind turbine in Rotterdam – to Vancouver in September 2023.

"The reason we're coming to Vancouver is because of BC Hydro and the attitudes in B.C. around clean energy," says Fully Charged CEO and founder Llewellyn, on the phone from his home in the U.K. "Of course I'm under no illusions about the overall energy picture of Canada, and in particular the tar sands, which I'm afraid are quite well known in the rest of the world. I think what's less well-known is that you're largely hydroelectric powered, which is why I sometimes compare you to Norway."

The Fully Charged founder will be in Vancouver for the first-ever 2023 Fully Charged LIVE Canada, which is being hosted in partnership with BC Hydro. While details of the event will follow in the months leading up to the show, it will feature the latest in electric vehicles, a variety of other clean energy devices and products, test drives, and live sessions with panels of experts. The 2022 version of the North American event, set for this September in San Diego, also includes several elements, including close to 100 EVs plus live music, that could be replicated for the Vancouver event, which will run September 8-10, 2023.

Expect Llewellyn and the Fully Charged crew to be enthusiastic hosts of the 2023 LIVE Canada event at the Vancouver Convention Centre.

"I think it's interesting to find an energy system in a country that kind of pre-dates our current awareness of the need to get off fossil fuels," says Llewellyn, who was taken aback by the enormity of the province during his first visit to B.C. in 1986. "At BC Hydro, you decided decades ago not to use fossil fuels [for electricity generation], because you have rivers and mountains. It would have been crazy to do anything else, given your resources."

Watch Dave and Jaclyn meet their clean energy kindred spirit, Imogen Pierce from the Fully Charged Show, and find out more about their live event coming to B.C. in 2023.

Years after debuting as a robot in a hit TV series, Llewellyn launched Fully Charged

Llewellyn is best known in Britain as the mechanoid butler Kryten on the long-running British sci-fi sitcom Red Dwarf. But sci-fi soon led to science, notably as host of Scrapyard Challenge (of which the North American spinoff Junkyard Wars is based on), in which contestants used scrapyard materials to build a machine capable of doing a specific task.

Jazzed by the potential of electric vehicles, Llewellyn pitched the idea for Fully Charged to the BBC in 2009. It didn't go well.

"I told them I want to make a series that's the antithesis of Top Gear, that's about the sustainability of new technologies and the technological revolution taking place in energy and transport," he recalls. "I cannot begin to demonstrate the executive's lack of understanding and interest in the idea. They didn't know what I was talking about, and they definitely didn't care."

On to YouTube. Kicking off with a series of EV reviews (the first on June 1, 2010), Fully Charged gained momentum on its own YouTube channel as EVs improved and became faster, better, and more practical. Llewellyn said he knew he was onto something when a shockingly large audience of 6,000 turned out for the first Fully Charged LIVE event, at the famed Silverstone Circuit motor race circuit, a 90-minute drive north of London in June 2018.

"In this year's live show in the UK, there were over 250 displays of companies that make solar panels, batteries for your house, control systems for that sort of stuff, car chargers," says Llewellyn of a show that attracted 24,000 people over three days. "And every carmaker that sells electric cars in this country had cars on display, and event-goers could even take test drives. We also had an electric aircraft on display. We couldn't do electric ships in the UK show, but in Amsterdam there are now electric ships, and we're trying to get one to the Amsterdam show. It's a very, very large vessel."

The expert panel sessions are a huge hit, with surprising interest in a variety of topics. "If you're talking to someone from Tesla or Aston Martin about their EVs, then you expect a lot of people to come along," he says. "But you wouldn't expect a session about home electric heating to fill a theatre of 2,000 seats, but it does."

Fully Charged is a winning mix of science and humour

To really understand why the Fully Charged YouTube channel has become so popular, check out a few segments online. What you'll see is Llewellyn and his fellow hosts tackling reviews, news, and even hanging out with cows to discuss what it is about beef production that's so bad for the planet.

High on production value and leaning on humour while diving into the science, Fully Charged is designed to be a fun way to keep up to speed on all things clean power. Popular recent shows include Meet Europe's Cheapest Electric Car, Gas-Free Houses & Solar Powered Electric Car Sharing, and Can You Run Your House on a Battery?

"A lot of the science around energy use and energy losses, in particular, is really complicated to understand," says Llewellyn. "We've just done an episode about induction charging in Norway, wireless charging of vehicles. And we talked to experts who contend that there are myths around the energy losses resulting from wireless charging. They say there's no more loss in charging cars through induction than there is through copper wires. But that's counter to most people's assumptions, that there are huge energy losses. So I don't know who to believe."

Llewellyn says he tries to remain open to such debates on evolving issues. But while the show can geek out on technology at times, the humour always shines through.

"The humour is not a conscious conceit – I'm afraid that's who I am," he says. "If you can make an audience laugh, they're more likely to hear what you say. But I do try to hold it in. I've made jokes as an aside that have fallen flat, made people feel awkward. So my goal is to keep it short and mildly amusing."

Efficient home energy (for all) is a priority

Llewellyn says that with the events of the past year forcing energy bills in the UK to go up by three or four times, there's even greater interest in home energy today. He recently completed filming of his own home energy experience (converting his rural home to all-electric with a chunk of power coming from rooftop solar panels), but is more heartened by how energy efficiencies might meet those who aren't like him, "a privileged middle-class person."

Llewellyn points to a new affordable housing project in Wales in which owners of small, practical energy-efficient homes with solar panels on the roof are expected to see monthly energy bills averaging about 10 British pounds (C$16).

"There are times of the year when those bills will be higher, but other times when they'll be nothing," he says. "The fact that an average fuel bill can go from about 100 pounds a month in an old fashioned home down to 10 pounds is a great step."

Llewellyn says he's spreading the gospel about clean technologies in large part because he's a parent who cares about what happens down the road. He admits to a time not so long ago when he didn't give any thought about his carbon footprint, flying around the world so much that his carbon footprint "was the size of Greenland's".

Mindful of trying not just to preach to the converted, he takes heart in small victories. He drives a Tesla Model 3 and his wife drives a Hyundai Kona electric, and that – and some informative chats – has helped convince a couple of his neighbours to make the switch, too.

"There's a guy down the road who politically is so far removed from me, but he's a nice, charming and very wealthy guy," he says. "He now has a Porsche Taycan plugged into his beautiful old farmhouse. Every time I walk past, I can't believe I'm seeing that. It is one of the most expensive electric cars on the planet, but at least it's electric."

22 reasons why you'll drive an EV (sooner or later) 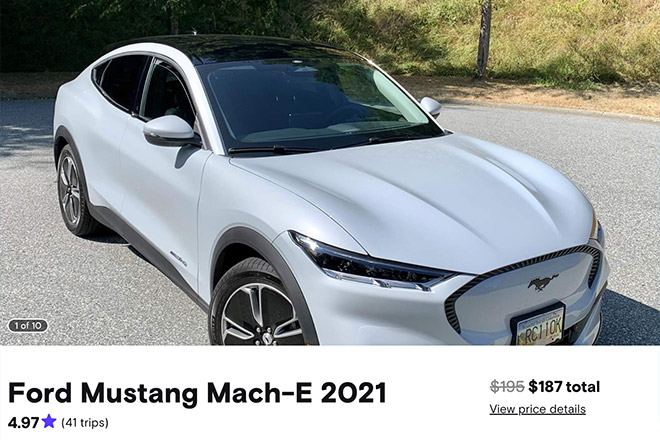 Five ways to test drive an EV before you buy one

Five ways to test drive an electric vehicle in B.C. before you buy one, from rentals, to car shares, to EV owner events.