Longtime Team Power Smart member Bonnie Barr loves life in the over-45 West Kelowna community of Sage Creek, which features this popular clubhouse at the centre of the community.

If Team Power Smart were to envision a super engaged team member, that person would look a lot like Bonnie Barr. And while we're not all quite as motivated as Bonnie to save energy in the home, we can learn a lot from a few of the things she does.

"I've got a list of things I do to save energy," promises Barr on a phone call from her West Kelowna home.

"I think we just waste energy," says Barr, who took her first 10% Reduction Challenge – and earned her $50 reward – back in 2015. "I've realized over the years that by not taking care of what we're using, we're abusing it. And someday, we might not have it. So I try to save energy and resources every way I can. Not just with lighting, but with water, and with the amount of gas I use driving my car."

Barr says she joined Team Power Smart because it helps make it easier for her to participate in energy-saving habits. She's always looking for new ideas in the Connected newsletter and in her Member Toolbox.

Some of the things on Barr's growing list of energy and water-saving actions include:

Oh, and as we're about to end the call, it's time to cut the lawn. You guessed it. She uses a rechargeable battery-powered mower.

"I would never own a gas lawnmower," says Barr. "But you don't tell that to anybody who owns one because they'll be offended. You don't need a gas mower with all that noise and those fumes. I love the battery mower. It recharges quickly, and I hardly ever need to charge it."

One study estimates that over the course of a summer, a person with a large yard who cuts the lawn once a week over four months would spend $1.60 on electricity – in B.C., that's 98% clean electricity – to power a rechargeable mower. Meanwhile, cost for fuel in a gas mower would be at least $24.

Again, we can't all be like Bonnie. But we can try.

Here's how she does it.

Bonnie Barr's go-to appliance is her toaster oven, which saves time and money and bakes pretty much everything this side of a whole turkey. Toaster ovens use at least 50% electricity than a full-sized oven.

'You don't need an oven to do a banana loaf'

Barr's go-to energy-saving appliance is a toaster oven she uses for almost all her toasting, grilling, and baking. She lives alone and says that aside from when friends and family arrive with something like a turkey on the menu, the range oven doesn't get used.

She's been perfecting the art of toaster oven cooking for 40 years, and she's not about to quit.

"I do all my baking in there," she says. "My pizzas will fit in there. I've done roasts, baked potatoes, and any kind of casserole you can imagine. I've been in this home for 12 years and I bet I've used the big oven three times. Using an oven for something like a banana loaf is just a crazy waste of electricity."

One new addition is an air fryer, which she loves for its energy efficiency and for the way its low-heat cooking crisps things up.

"So as long as you like your fries or your ribs crisp, it's great," she says.

How solar lights caught on at Sage Creek

Barr can't take full credit for her wholesale switch to solar lighting outdoors. That credit, she says, goes to a neighbour who grabbed some solar lights at Costco and started a chain reaction of sorts in the complex.

"When the neighbour did it, I noticed how nice and bright they were," she says. "They light up both sides of the driveway, so I asked where they got them. Pretty soon, about seven of the nine homes in our cul de sac were putting them in."

Six or seven years down the road, Barr says the lights are still going strong, with little maintenance required. She also has solar lights on her front porch and sprinkled throughout her garden.

There's plenty of evidence out there that the less bright light you're exposed to just before bed, and during walks to the bathroom during the night, the better you sleep. Bright lights act as a trigger for us to wake up.

Barr doesn't need to be convinced of that. The interior of her home is all about low light, including a dimmed assortment of holiday lights in one corner of her room, a bedside lamp that dims to a faint glow, and LED night lights.

"I have night lights all through my house," she says. "I have them in all the bathrooms. And I got one from BC Hydro that I'm using in the kitchen so that if I do happen to get up in the middle of the night and go into the kitchen, there's enough light to let me see where I'm going. I also have one in the hallway that's also a flashlight for use if the power goes out."

Visitors to Barr's home learn quickly that during the day, there's no need to turn the light on in the bathrooms. The reason? Natural light spills into the bathrooms via skylights.

"If you're ever thinking of putting skylights in your home, put them in your bathrooms," she says. "They're great."

As much as she doesn't like bright lights, Barr is perhaps even less enthused about heat blowing out of her gas furnace vents. While she says she'd consider switching to an electric heat pump, which would cut her greenhouse gas emissions and provide cooling in an area with very hot summers, she seems to have her heating bills under control because she doesn't like a lot of heat.

"I tend to dress warm, always," she says. "I like to have my fluffy sweaters and my little socks. I like to be warm, but that doesn't mean I'm blasting the heat. And I can't sleep when it's hot. Some people have their furnace on at 18°C or 19°C all winter long. I set mine as low as 14°C."

Barr's cooler-than-normal home may suit her, but for most of us, that won't work. We recommend setting thermostat temperatures to 16°C when you're away from home or sleeping, 21°C when you're relaxing or watching TV, and 18°C when you're cooking or doing housework.

In 2015, Barr activated a Team Power Smart 10% Reduction Challenge and just made it with a 10% reduction over 12 months, pocketing the $50 reward. The COVID-19 pandemic kept her at home more often than usual, so her electricity use has gone up since.

But she has activated another 10% Challenge and is hopeful she may be able to hit that target again.

"My electricity bill is pretty low, probably lower than almost everyone in the community," says Barr. "My Challenge ends in September, so I'll see what I can do." 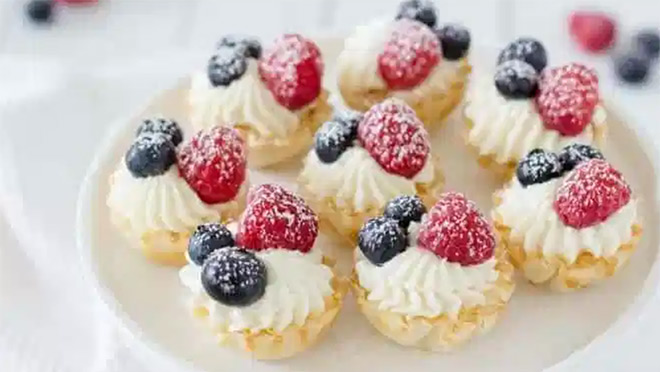 Small appliances use up to 75% less energy than your range, and can make things quicker and easier, including when prepping desserts. 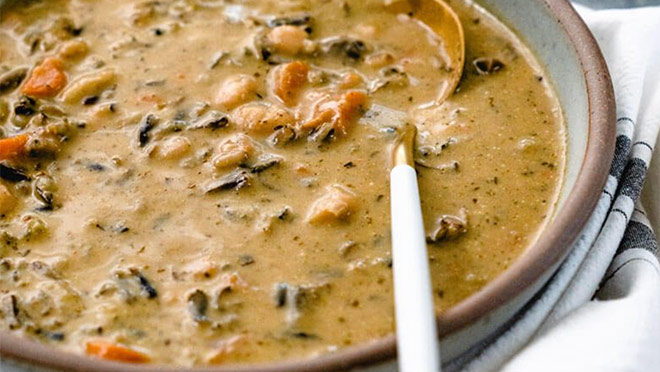 Tricked by the Instant Pot, my son ate wild rice and white beans

A delicious hearty wild rice and white bean soup prepped in an Instant Pot scores with a teenager who has no idea what was really in that soup.

With or without a cord, electric tools are on the rise

Electric mowers, trimmers, blowers and power tools are rising in popularity as a more eco-friendly - and often quieter - alternative to gas-powered tools.