The 2021 Tesla Model 3, plus the slightly larger Model Y, will make up the fleet of a new Vancouver-based car share company that plans to launch this spring.

As car share schemes go, this one initially seems a tad bonkers. How do you launch a car share service in an already crowded market that will start with only 25 vehicles, require pick up and drop off of the car at the same point, and only in downtown Vancouver, at least to start?

Oh, and you'll need to plug the car in for a recharge when you drop it off.

Jason Gagne is betting that the opportunity to drive a Tesla Model 3 or the roomier Model Y will trump any of the initial bumps in the road his Zerocar service serves up. It won't be the most convenient car share out there, and it certainly won't be the cheapest. But it's the only one offering Teslas.

So while a lot will depend on Zerocar's ability to quickly expand their fleet and pickup/charging points, Gagne could be right. Most people who get behind the wheel of a Tesla instantly recognize that electric vehicles aren't just the wave of the future. They are here now, and terrific to drive. And this car share could be a stepping stone to ownership.

"We're going to start scaling up rapidly once the [COVID-19] pandemic is over, and hope to have about 250 vehicles within the next year or so," he says. "We're pricing it pretty low at the beginning as well, so I think it's going to be a hit. A lot of studies suggest that once the pandemic is over, car sharing will boom, as some people don't want to worry about taking the bus."

Gagne is basing his optimism – and a whole lot of investment in Teslas – on what he has seen from his Tesla rental service over the past two years. Even with rental pricing as high as $179 a day for a Model 3, $219 for a Model S and $319 for a Model X, he has built a steady rental clientele. And while Zerocar will still rent all Tesla models, he expects he'll convert quite a few renters to car share due to the lower price.

Also in Gagne's plans is a peer-to-peer Tesla rental service that will allow Tesla owners across B.C. and beyond to use the Zerocar platform, including the downloadable app they've just developed, to share their cars as rentals.

The Model 3's interior is minimalist in the extreme, with that big touchscreen handling all but a few operations. Technology in the Tesla is first rate and generally quite intuitive. And the interior, including the plush synthetic imitation leather seats, completes the luxury feel of the cabin.

Gagne gave me a lengthy test drive in one of the 2021 Model 3s in Zerocar's share program. It wasn't yet equipped with the firm's carshare app, but it featured a few upgrades (white synthetic interior, sporty non-standard rims) that will be standard in their car share fleet. And there was a lot to like in what is the world's best-selling electric car.

If you're any sort of traditionalist, you might find the Model 3's minimalist interior, almost devoid of switches and knobs, akin to your first adventure with an iPhone. But when you have so much technology literally at your fingertips on the Tesla's touchscreen, you'll be won over. I'd still love to see head-up display of speed and navigation (in the windshield) like other premium brands, and it's hard to go without side-mirror blind spot detection (replaced here by an audible alert) once you're used to it in another vehicle, but as you adjust, you realize you don't need those features. The central touchscreen allows you to keep eyes on the road while checking speed or navigating, and the Tesla's cameras show you the proximity and size of vehicles near you or approaching you on all sides, and the side mirrors can be adjusted for a view of your blind spots.

That visual of traffic around you is a simulation, but it's in real time. And it's there because the car famously allows you to go into autopilot mode (foot off the pedals, hands off the steering wheel) for highway travel in B.C. It's mind-bending and a bit nerve-wracking to let the car take over, including for lane changes, but with all those cameras at work, the car is a safer driver than you'll ever be.

Using that touchscreen, you can select between driving modes, including a "chill" mode that will temper the Model 3's acceleration to something closer to (but still much quicker) than what you're likely used to in a gas-powered vehicle. In regular mode, the Model 3's pedal-to-the-metal surge is akin to the rush and pull of a rollercoaster plunging downhill. Except that it's happening to you on the flat. It's one of the things that seduces drivers into buying a Tesla, but it's just the start.

The vehicle's low profile and weight distribution, including driver and passengers in the car sitting low to the ground, makes for fantastic agility for lane changes, cornering and just plain fun. And then there's the big differentiator: the Tesla's range. Zerocar's Model 3's are all the rear-wheel drive standard range plus base model that claims up to 423 km on a single charge. And even that base model gets you zero to 100 km/h in a zippy 5.6 seconds.

Toss in the fact that there now more than 100 Tesla Supercharger stations across Canada, and more than 550 Level 2 Tesla chargers, and Teslas have another leg-up on the competition in terms of longer trips.

Other Model 3 options include the long range all-wheel-drive version that increases potential range to 568 km. And for speed demons, there's the Model 3 performance, which sacrifices a bit of range (507 km) for acceleration of 0-to-100 km/h to 3.3 second in ludicrous mode. Pricing in Canada runs from $54,610 for the base model – priced to qualify for the $5,000 federal and $3,000 provincial new-car rebates – along with $64,600 for the Long Range AWD and $74,600 for the superfast Performance AWD.

What I liked about the Model 3:

The 2016 debut of the Tesla Model S was a wake-up call to the auto industry, and the Model 3 is a stunning lower-priced put still pricey version. It's fast and fun enough for most of us, has excellent range, and the base model is priced just under Canada's $55,000 maximum for rebate eligibility. That's a nicely crowded space now that includes more affordable options such as the roomier Hyundai Kona electric (415 km range) and the Nissan Leaf Plus (363 km range), but nothing in this group drives like the Tesla. 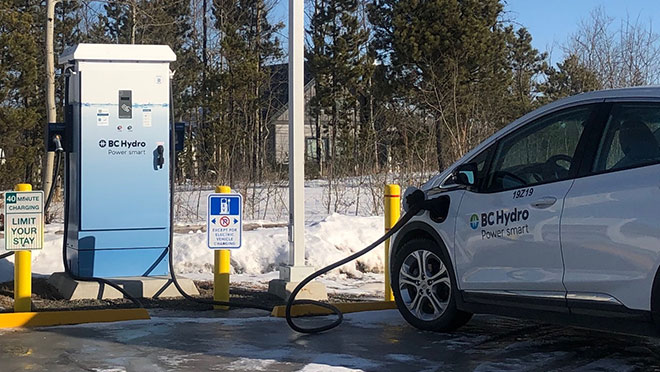 BC Hydro has started charging per-minute fees for the use of DC fast chargers on its expanding network, and has re-introduced rebates for home and workplace chargers. 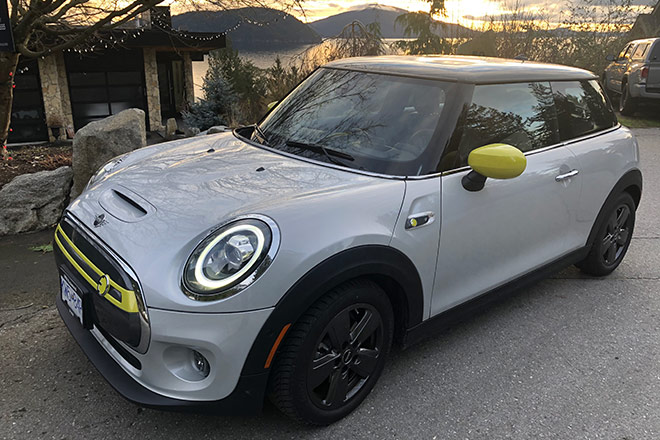 The Mini Cooper S electric makes up for its modest range as a dazzling urban commuter. 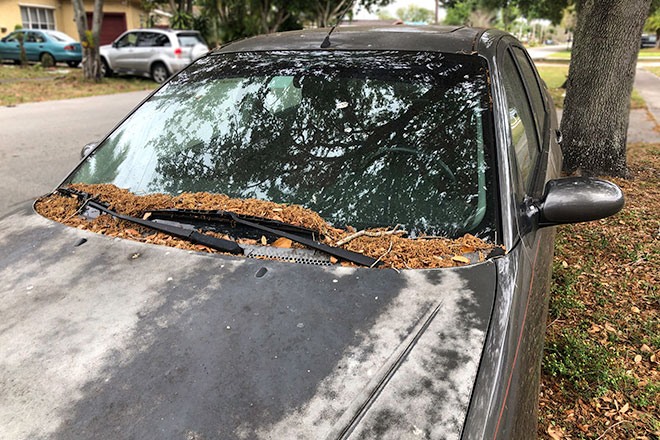 Scrapping your car could earn you $6,000 towards an electric car