Four basic ingredients add up to a Nellie's laundry soda that fans celebrate as a great alternative to liquid detergents. In December 2020, Team Power Smart members can use a promo code to save 20% off a Nellie's product at London Drugs.

James Roberts is an entrepreneur with humble roots that stretch back to selling personalized license plate frames at the PNE and on the "carny circuit" across Canada. He's a guy who watched his mom toss tennis balls in the dryer and parlayed that idea into one of the first dryer balls on the Canadian market, and eventually into a laundry soda that's now the flagship product of his B.C.-based business.

And he owes a whole lot of that success to his mom Nellie, who passed away in 1999. An illustrated version of her likeness adorns the popular retro packaging of Nellie's products, and her eco-conscious approach to household cleaning informs the spirit of her son's company.

"She was kind of on the "green bandwagon" – I don't know if that's the right term – before it even existed," says Roberts, who runs Batten Industries (including the Nellie's product line) out of an office in North Vancouver.

"She was just really practical. There wasn't a dozen cleaners under the sink of our home. She'd clean the windows with newspaper, using water with vinegar or ammonia. She didn't buy three different products that did the same thing that were in different bottles or packages. So I've tried to stick to that. I'm not going to do things for the purpose of maybe selling more products, expanding our line products to make more money."

Team Power Smart members can use a promo code found in their online member Tool Box to save 20% on a Nellie's product at London Drugs this month. Not a team member? See the new Symphony of Savings video and Join Team Power Smart today.

Did you know? While dryer balls can help speed up dryer time by helping prevent items such as sheets from clumping up, the best way to save money on drying is by hang-drying laundry. Read our piece on The ins and outs of hang drying laundry to learn how to do it effectively.

Swimming against the current: a powder soap with no fragrance

Roberts sees no reason for following in the footsteps of the major household cleaner brands out there. Nellie's is the old-school outlier committed to sticking to basic ingredients and trying to avoid plastic packaging that ends up in the landfill.

Going green isn't always practical: Roberts really wants to move to recyclable glass containers, but discovered that it ran the risk of cracking when shipped during a cold Canadian winter. Nellie's has moved to glass in its refillable One Bottle solution for several cleaners, a bid to avoid selling spray bottles that are a recycling nightmare with several different plastics in the mix.

Roberts chose powder because he didn't see any sense in "shipping water" in the form of what's now the norm among his competitors: liquid detergents. He marvels that the major players got away with shipping huge containers of liquid until the market's push to be more eco-friendly led to today's concentrated liquid soaps that are a fraction of the weight and packaging size of the old version.

Powder is lighter, and allows Nellie's to recommend the most eco-friendly (and cost saving) size of its laundry soap, an 1,100-load bucket that weighs 16.5 kg (or about 3.5 times less than the 1,100-load equivalent of rivals' concentrated detergent). Nellie's main seller is made of four ingredients, and is without added fragrance or optical brightener.

"I'm not the most eco-friendly guy out there – I don't wear bamboo shoes or anything like that," he says, with a laugh. "But I try to keep the products simple and as 'green' as possible. Our products have never had a fragrance. What's wrong with just fresh, clean clothes?"

"If we added a product with a fragrance, we'd definitely see an increase in sales volume. But I prefer to say 'No' to that. There's only one shareholder here, me, so I get to be stubborn that way."

Roberts says the company now employs about 25 at various locations, including the North Vancouver office and a distribution warehouse across the border in Blaine, Washington. His biggest markets? Western Canada plus several pockets such as Minnesota, where his work at trade shows has paid off, and by happenstance, South Korea.

Cold water wash? A tip from the founder

Powder soaps sometimes carry a reputation of not fully dissolving, then leaving streaks on clothes, in a cold water wash. Roberts' advice for those using Nellie's soda in a cold water clothes wash is to go with the bulk "measure your own" powder rather than opting for Nellie's pre-measured laundry nuggets.

"There have been no issues with the non pre-measured stuff," he says. "So that would be the better choice if you use cold water."

Did you know? About 90% of the energy consumed by washing machines goes to heating the water, not to agitating or rinsing. Washing in cold water can save you up to $70 in electricity costs over the year. 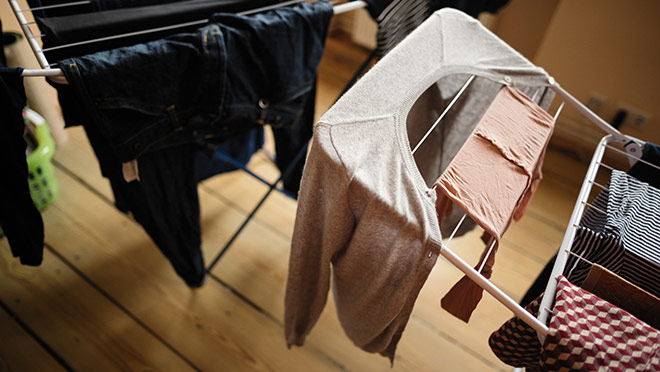 The surprising benefits of hanging your clothes to dry

Laundry dryers can use up to 12% of your households total energy, but that's not the only reason why hanging your clothes to dry is a great option. Here are some of the many benefits of hang drying your laundry, indoors or outside. 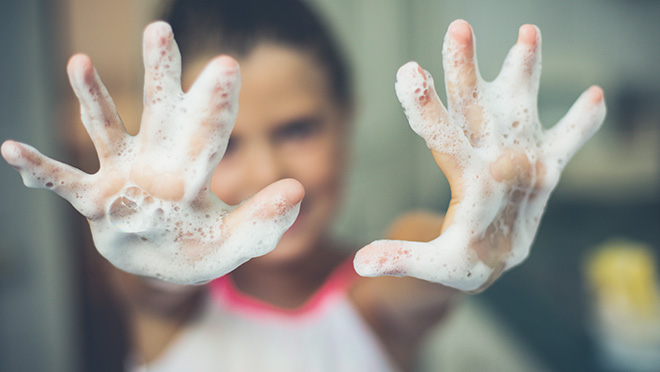 Turning down the heat on washing hands and laundry