Next phase to include north-south network

VANCOUVER – BC Hydro announced today that it has completed the second phase of its electric vehicle fast charging network, allowing drivers to travel across B.C. from the Alberta border to Tofino – and the next phase will connect drivers north.

The second phase includes 28 new stations, in addition to the 30 that were completed in 2016. There are 13 new stations in the Lower Mainland and two new stations at the Britton Creek rest area on the Coquihalla Highway, allowing drivers to quickly charge up before heading to the Southern Interior – or to the Kootenays. The stations also connect drivers from Horseshoe Bay to the west coast of Vancouver Island.

BC Hydro is planning its next phase, which will connect drivers to the north from Kamloops to Prince George – and eventually to Prince Rupert.

"Our government is making zero emission transportation choices more accessible for all British Columbians," said Energy, Mines and Petroleum Resources Minister Michelle Mungall. "B.C. already has one of Canada's largest charging networks, but now motorists can travel all the way from Golden to Tofino using these new fast chargers."

BC Hydro's fast charging network can charge an electric vehicle's battery to 80 per cent in 30 minutes or less. The network is designed to provide drivers with charging options when they need them – helping reduce the 'range anxiety' many drivers feel about long road trips.

"We're very pleased to provide this network of fast chargers to encourage electric vehicle drivers to get out and explore B.C. this summer," said Chris O'Riley, BC Hydro President and Chief Operating Officer. "Electric vehicles are a great option for British Columbians looking to reduce their impact on the environment because we generate 98 per cent clean electricity. They also help lower their driving costs by around 75 per cent."

As the number of electric vehicles on B.C. roads grows, charging sessions at BC Hydro's existing stations have increased 63 per cent over the last year year. Between May 2017 and May 2018 there were over 22,000 charges at these stations. This represents around 941,000 kilometers of driving and the equivalent of approximately 364,000 kilograms in carbon dioxide emissions savings. There are currently around 9,000 electric vehicles on the road in B.C. and that number is expected to rise to 300,000 by 2030.

BC Hydro has been installing charging stations throughout the province since 2012 with support from the provincial and federal governments and in partnership with municipalities, regional districts and others, like Loblaws and Accelerate Kootenays. The stations completed in phase two include: 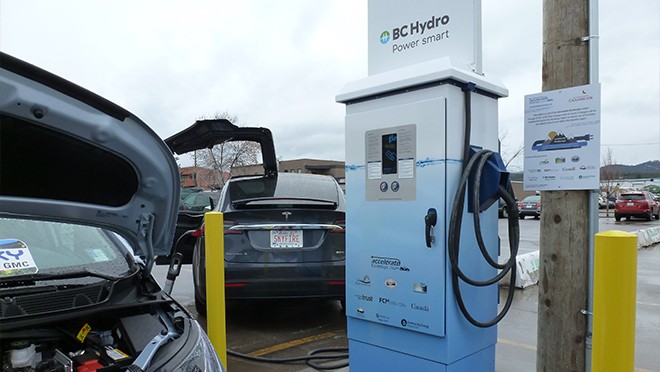 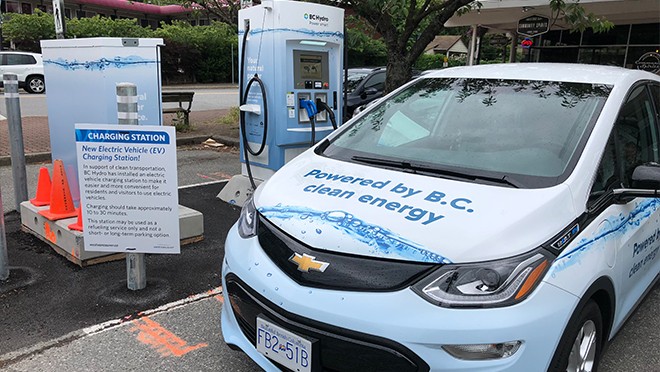 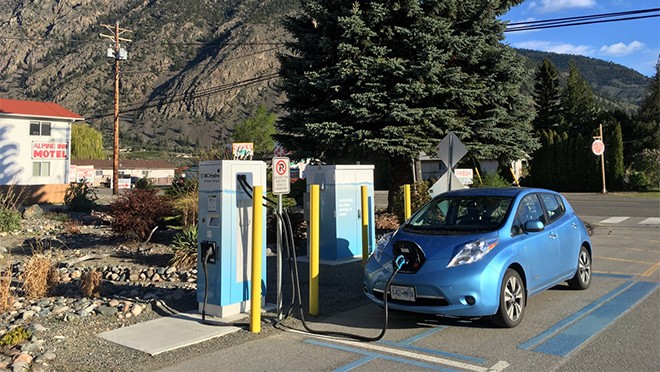 Show caption Fueling up at a electric vehicle fast charging station in Keremeos.