The new Netflix movie Jingle Jangle: A Christmas Journey is a crowd-pleaser among those who like it light, with a few show-stopping musical segments thrown in.

Blockbusters blocked, but there's still a whole lot to watch at home

The pandemic put on hold the production of movies and series, and pushed back release dates on blockbuster films such as the unfortunately titled Bond film No Time to Die. But streaming services have stepped up their game, big time, with the likes of The Queen's Gambit (Netflix), The Baby-Sitters Club (Netflix), The Mandalorian (Disney+), the fourth season of The Crown (Netflix) and Normal People (CBC Gem).

Holiday favourites are more available than ever, and sports fans will also be able to watch the NFL and the NBA (starting December 22) over the holiday season, along with World Junior hockey. Look for the arrival of a reworked (and improved) Godfather III titled Mario Puzo's The Godfather, Coda: The Death of Michael Corleone to DVD on December 8, and Wonder Woman 1984 (on Crave) for Christmas Day.

While we can't help you and your family agree on what to watch, we can provide tips on how to do it efficiently.

Consider settling in with your laptop or tablet instead of sitting in front of the TV. You'll save on energy costs – particularly if your regular streaming device of choice is a game console. A year of streaming on a PS4 and a television can cost almost $30 – compared to less than $5 on a Surface Pro laptop. Besides, not everyone in your home may share a fascination with the Seattle Seahawks, A Christmas Prince, or Home Alone.

Oh, and if you tend to use your game console to stream content, consider this: A game console can use up to 40% more energy than other streaming devices.

One more reminder before we get going with the list. Don't miss out on our Holiday Countdown Calendar contest, where you can enter every day of December for a chance to win one of our weekly prizes, ranging from Instant Pots to Best Buy gift cards, as well as our grand prize package, valued at $1,200.

Look through our guide below to find holiday titles and other gems available this month. And don't forget to unglue yourself from the couch now and again to get outside, even if it's cold.

Before she was Legally Blonde, and long before she was a busy-body mom on Big Little Lies, Reese Witherspoon broke into the spotlight as Tracy Flick, an ambitious class president wannabe in the comedy Election. Don't miss it on Prime Video.

No, that's not Santa. It's George Clooney, starring in Midnight Sky, a sci-fi movie he also directed. The Netflix movie arrives December 23.

Baby Yoda calls the shots in The Mandalorian, now in its second season on Disney+. Fantastic series, this is.

The two stars of Normal People are highly unusual and highly watchable (thanks to tremendous acting) in a series based on the bestselling Sally Rooney novel of the same name. A smash hit, available in Canada on CBC Gem.

BC Hydro report: How COVID-19 has changed habits, electricity use

A few months into the coronavirus pandemic last June, a BC Hydro report [PDF, 350 KB] found that about 90% of British Columbians had drastically changed their routines. The report also outlined the following advice for reducing electricity use: 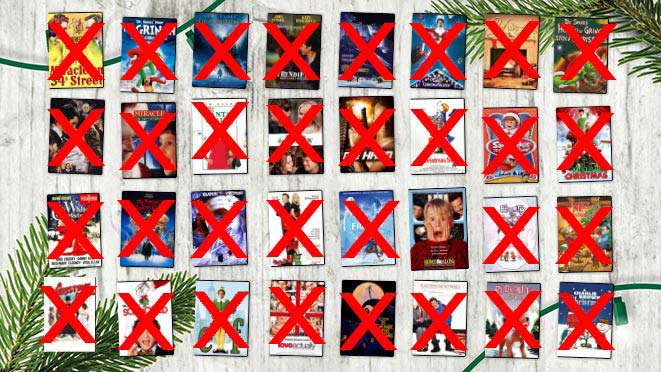 Whatever you’re streaming this holiday season, do it efficiently with our tips. And if you’re wondering what to watch – be sure to vote in our Holiday Movie Madness bracket to see what comes out on top.