Crews work in pods to restore power during pandemic

BC Hydro crews work to restore power following the first big storm of the season in mid-October. Crews managed to restore power within 24 hours to almost all of the nearly 200,000 customers hit by the storm.

Safety and health of BC Hydro crews and public is vital

When a major storm hits B.C. and knocks out power, BC Hydro mobilizes its crews – including power line technicians, trouble technicians and various other groups – to get the lights back on as quickly as possible. But the way that's happening in the age of COVID-19 has changed.

BC Hydro crews now work in pods of no more than five employees so that contact is limited to those in their group. And while crews may still need to be deployed outside their area to assist if a major storm knocks out power, BC Hydro is requiring – as much as possible – that crews return to their homes each night.

So what can customers expect with the arrival of storm season in B.C.?

"I think people should reasonably expect that we're going to utilize every available resource we can, and that's not changing," said Lanny Sawchuck, who heads storm restoration as the lead of BC Hydro's field operations. "What may be a little different is that we may lose some of the flexibility we normally have. And that could possibly mean that some customers might not see power restored as quickly as they're used to."

Some of that potential loss of flexibility is the result of a decrease in the number of contractor crews available to assist BC Hydro crews, a product of some contractors shutting down operations due to the pandemic. But Sawchuk says BC Hydro's new procedures have passed the test of a mid-October windstorm that knocked out power to more than 200,000 customers on Vancouver Island, the Sunshine Coast, and in the Lower Mainland and Fraser Valley.

"We had a pretty big hit during that storm, and our response times were great," said Sawchuck just days after the storm. "We had virtually everybody's power restored within 24 hours, and that's always our goal. We strive to get 95% back on within 24 hours of a major storm."

Health and safety of crews and the public are the priority

Customers should see little change in the way crews restore power, at least beyond the in-person exchange of information that can occur between residents and crews in neighbourhoods. Those chats will still take place – BC Hydro relies on customers to provide details of what they've seen or heard that's not reported by the system's smart meters. But they'll always be done at a safe distance.

"We're doing all the right things, and I think our crews have gained some confidence from that," said Sawchuck.

Crews are only allowed to report to work when healthy and symptom free. They must exercise social distancing within their pods as much as possible, and take measures to clean trucks, sanitize tools daily, and have sanitizer on hand in every bucket truck.

BC Hydro is an essential service but has changed its power restoration procedures to reflect the latest Provincial Health Office guidelines. In cases where municipalities establish local states of emergencies and restrict travel in and out of the region for essential services only, BC Hydro will only enter those communities for emergent issues, such as for power restoration. 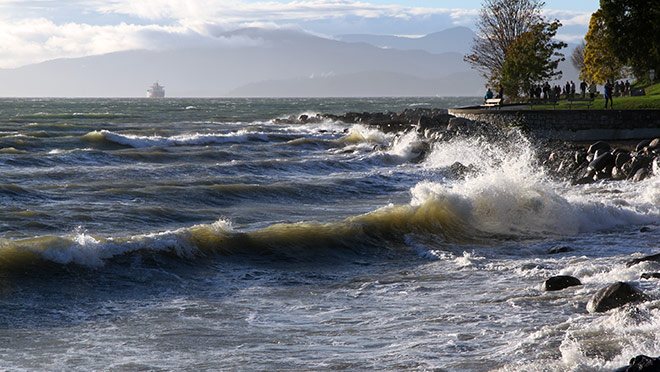 Food, water, flashlight? Are you prepped for a power outage?

Common questions and tips for being prepared, and staying safe, during power outages as we head into storm season in B.C.