Laura Grizzlypaws of Xwisten First Nation is most known for a grizzly dance that has moved thousands in B.C. and beyond. (Photo by Candice Camille)

Laura Grizzlypaws makes that point just a few minutes into a phone chat she squeezes into a typical busy day at her Xwisten First Nation home in Lillooet, B.C. Moments earlier, she had parked her pickup after tending to a water truck, moving her horses, and checking irrigation lines.

"It's a lot different now, because my two older boys have graduated and they're off to university," she says, as her five-year-old daughter giggles in the background. "Once COVID restrictions lifted, they were zip-zap-gone! Suddenly I have to water, feed... do all this stuff without them now."

Mother of four. Educator. Singer. One of fewer than 100 fluent speakers of St'át'imcets (the St'át'imc language). Grizzlypaws is definitely more than just a bear dancer. She is a tireless advocate of her language and culture, teaches at Thompson Rivers University in Kamloops, and holds workshops on how to make a First Nations land acknowledgement more meaningful.

We're chatting in the lead-up to National Indigenous Peoples Day on June 21, when she'll perform her bear dance for BC Hydro employees and hopefully get a chance to talk about much more. And she's pleased that the United Nations has declared 2022 the start of the International Decade of Indigenous Languages.

In B.C., there are more than 30 different First Nations languages and close to 60 dialects spoken among the 198 distinct First Nations in the province. Elders and others are doing their best to pass the languages along, but most who are fluent are over the age of 60. It's going to take a lot of work.

"Language is deeply rooted in my cultural identity and my traditions, and in my practices," says Grizzlypaws. "It's a shared value that must be preserved. Every time a language dies, so does all that knowledge, wisdom, cultural expression, and beliefs that are embedded in the language."

'It's a question of whether the language will survive'

Grizzlypaws is proud to say that her two oldest sons have both learned St'át'imcets, even as she worries that it will be hard for them to maintain what they've learned. She teaches Indigenous languages at Thompson Rivers University, and many of the songs she writes or dances to are built on the words and ideas her ancestors have passed along.

She speaks of a generational gap in language learning exacerbated by the Canadian residential school system in which Indigenous languages were suppressed, sometimes violently.

"We're at a critical point where it's a question of whether the language will survive into the future," she says. "And that puts a lot of pressure on Indigenous speakers today. Indigenous peoples all around the world, many of which are elders, language teachers, and mentors, are trying to return us to the source of our languages."

Grizzlypaws says research has shown that language teaching and learning in Indigenous communities leads to improved education and employment outcomes. She says that while there's a huge desire for community members to learn the languages, shortages of funding and language teachers are proving to be significant barriers.

"According to the last census report on BC First Nations languages in 2018, we had only 98 fluent speakers of St'át'imcets left," she says. "So where are we now in 2022? And what does that look like in terms of the sustainability of Indigenous languages?"

'I'm not responsible for my past, but for my present and future'

Grizzlypaws started out with a different name, but a group of elders didn't think it encompassed her energy and spirit. So she was renamed Stálhalamcen (Grizzlypaws), and by the age of 16 she had decided that as a member of the Xwisten Bear Clan, she had to relearn St'át'imc traditions and make celebrating and maintaining the heritage of her people her way of life.

And she had a lot to overcome.

The daughter of an Indian Residential School survivor, she leaned on the guidance of her grandparents as a child, but lost her way when her grandmother, Kwekwa7, passed away. She became the target of neglect and abuse that landed her in government care and eventually in prison. When she re-emerged, she was determined to get her high school diploma, and much to the surprise of one of her teachers who openly questioned her abilities, declared that she wanted to go to university to be a teacher.

"No matter what, anybody can change, anybody can turn around their life if they really want to – even if people don't believe in you," says Grizzlypaws, who has a Masters of Education in Land Based Education, a counselling and wellness certificate under her belt, and will start working on a PhD in the fall. "Even though I had a rough childhood of trauma and neglect – and teachers who didn't believe in me – I'm not responsible for my past. I'm responsible for my present and my future life."

'When I dance, I become the bear'

In a widely-seen New York Times video about Grizzlypaws and her bear dance, she talks about how the movements of the dance range from a scooping motion mimicking the harvesting of salmon, to playful stabs at the air in the grizzly's pursuit of butterflies.

It's a captivating dance she does in a magnificent bear pelt, complete with head. And it steals the show.

"We learn so much from our creation stories. When the Creator first asked the animal kingdom 'what will you do for the people when I occupy these traditional lands?', the grizzly bear was the one that stepped forward and said: 'I'll teach the women how to give birth to the young. They'll learn about the mountains, about high, mid and low elevations. They'll learn about the roots, the medicines, the foods and the salmon cycle. They'll learn how to live in harmony with the natural ecology."

That ecology is in peril, says Grizzlypaws, and that is reflected in how far the St'át'imc people's diet – once 70% based on the salmon – has strayed. She recalls that as a child, the abundance of salmon meant for a long harvesting season that has since dwindled to a few days a year.

She says the protection of the environment, and the grizzly bear within her territory, is vital to cultural survival.

"If we protect the grizzly bear, we're protecting who we are as St'át'imc people, because in protecting the grizzly, we also protect our own cultural survival. We still go to the land to harvest our roots and berries, and to fish."

"So when I dance the dance, I become the bear, I am the bear. Wherever I go, I speak on behalf of the grizzly bear, to promote and protect, to have that compassion for the survival of the bear and our cultural identity."

If you're of the opinion that there's a cookie-cutter aspect to land acknowledgements uttered at meetings and public gatherings on First Nations lands, you're not alone. And Grizzlypaws is out to help change that.

She offers workshops for those who would like to offer more than the usual land acknowledgement, where Indigenous peoples are recognized as stewards of their traditional lands and where the impacts of colonization are acknowledged. She believes this should be a time to draw on the knowledge of local Indigenous peoples to more effectively show gratitude and respect. 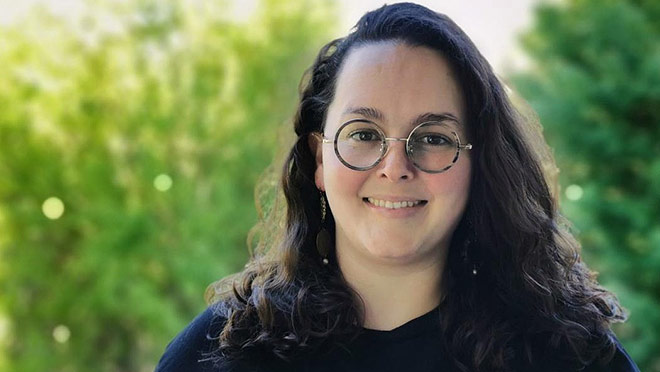 Two-spirit and beyond: a Pride Month look at identity and diversity

A BC Hydro employee and a member of the Musqueam First Nation discuss Pride Month, gender and sexual diversity in the workplace, and the meaning of two-spirited. 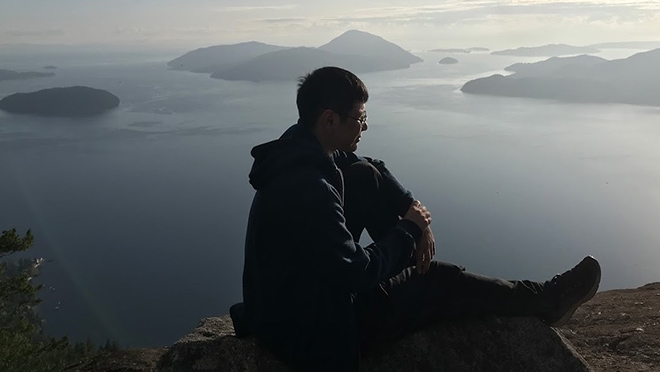 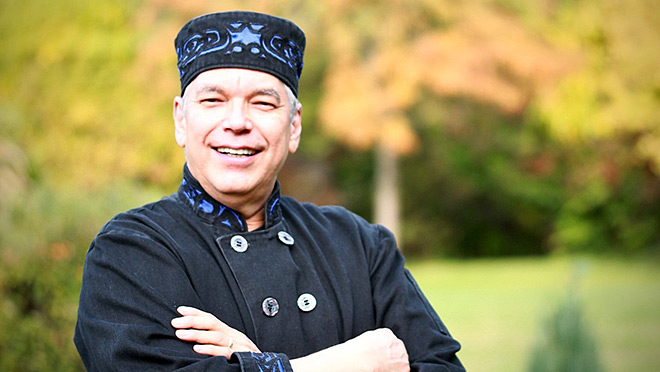 In time for National Indigenous Peoples Day, a chat with chef David Wolfman about his recipes and the link between food and the earth.