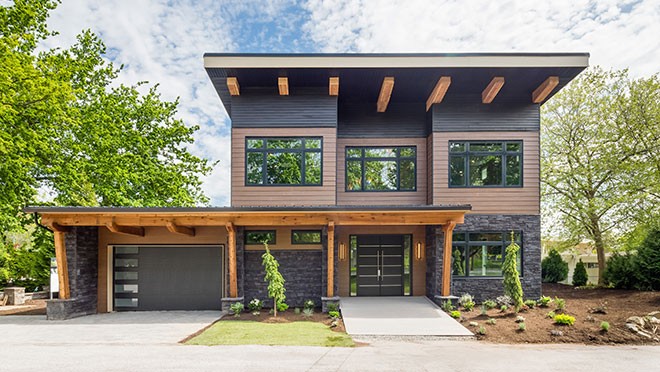 Show caption The 2020 PNE Prize Home is a 3,188-square-foot, three-bedroom chalet-style house that will be located in the Sunstone Pemberton development. 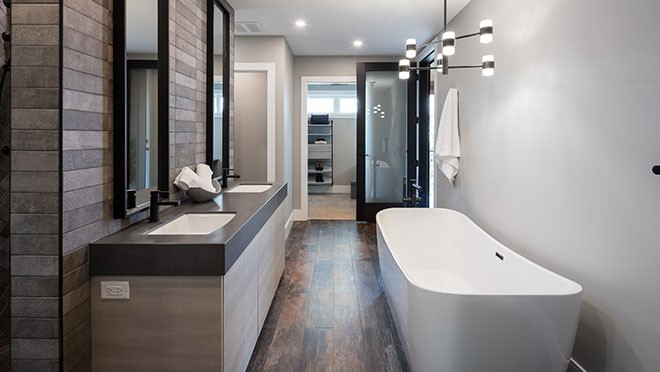 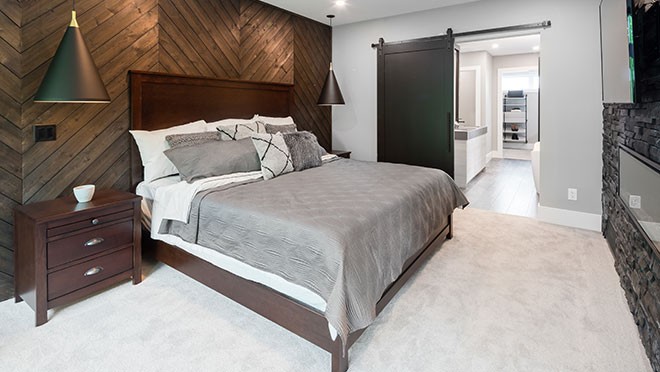 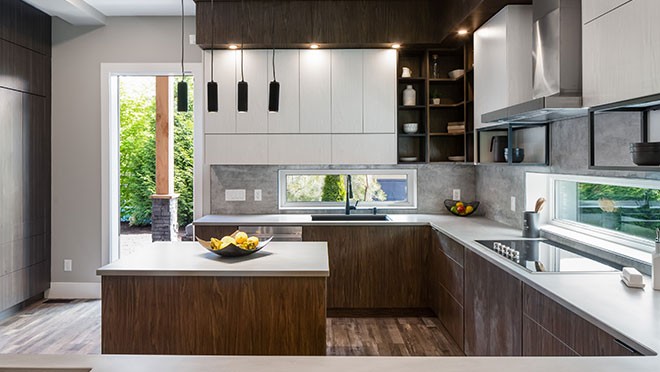 The jury's out on how long 2020 PNE Prize Home winners Fritz and Heide Kym will live in the stunning 3,188 square Pemberton home and whether the home will add the photovoltaic solar panels that will complete the energy efficiency vision for the home.

But this much we do know:

The Kyms won't need to go far from their existing home, as they're already living in Pemberton.

The prize home is designed to be Net Zero certified, meaning the home should produce as much energy as it uses once solar panels are installed.

"We have the conduits going from top to bottom for future solar panels if the homeowner needs it," says senior designer Steve Miller of Freeport Industries, which has built the last five PNE Prize Homes. "And we have an airtightness of 1.5, so we're way ahead of the BC Step Code in that regard. We have rigid insulation on the exterior of the home, with rainscreen, and R24 insulation throughout the exterior walls."

The unintentional introduction of outside air into a building, typically through cracks in the building envelope and through use of doors for passage, can add up to five to seven air changes per hour. An air tightness of 1.5 changes per hour represents a huge efficiency gain from typical homes.

Introduced in December of 2017, the BC Energy Step Code allows local governments across B.C. to enact the step code to either replace their existing green building policies or to move toward Net Zero energy buildings. The steps in the code are a "high performance staircase", with the bottom two rungs fairly easy to climb. Step 2 represents a modest 10% efficiency upgrade over the base code, while Step 5 (at least 50%) is considered Net Zero Ready.

Once on-site power generation is in place – such as the solar panels on the roof of this Saanich home – the residence moves from "ready" to actual Net Zero. Benefits of Net Zero homes include:

If you think a Net Zero home might be a thick-walled box that sacrifices quality of living for efficiency, think again.

'Absolutely cool': Kyms giddy over introduction to their new home

With her first two steps into the PNE Prize Home, Heide Kym started chuckling with delight. And once she saw the array of rotating showerheads in the wall of the home's walk-through shower, she was gushing.

"That's cool – that's absolutely cool," says Heide in the YouTube video of her introduction to the home.

During the Kym's tour, the home still stood on a site at the PNE. Originally built in pieces inside Freeport Industries' factory in West Kelowna, the modular home would be taken apart again before being trucked to the Sunstone Pemberton community.

Freeport Industries designer Miller says it's easier to deliver a high-performance building envelope in a modular home because the builder has start-to-finish control of all components in a factory setting.

"Factory homes are known to be more airtight than site-built homes," says Miller. "Our framing department talks to our finishing department, right from start to finish. They're aware of who's doing what, whereas on site, the framing crew leaves and the next crew comes in, then the next. There's less control."

That lack of control can compromise the quality of a building as the consistency of the build changes from one crew to the next.

Asked what part of this year's PNE Prize Home is his favourite, he doesn't hesitate. It's the open concept first-floor living room, dining room, and kitchen that showcases a striking Brandy Barry-Wyatt painting of a bear.

Among the features of the prize home are:

Explore the home in this virtual tour.

Learn more about energy efficiency when building or buying a new home. 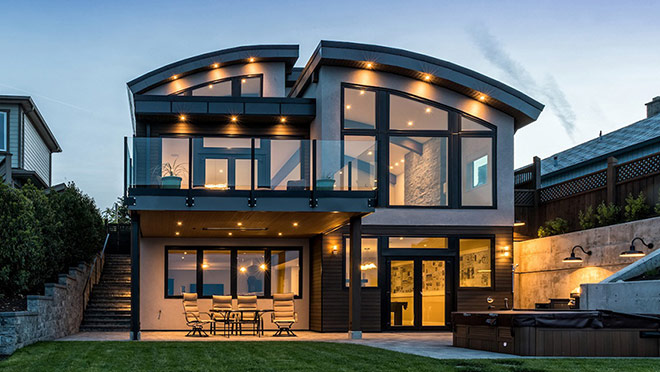 A residential home on Cordova Bay in Saanich is an example of how energy efficiency can enhance the experience of a beautiful setting.