Tricked by the Instant Pot, my son ate wild rice and white beans

Instant Pot wild rice can be a vegetarian and vegan-friendly wonder. (Photo courtesy of acouplecooks.com)

Super soup just one of the delights of small appliance cooking

My teenage son has absolutely zero interest in any foods that surprise him, and even less interest in any talk about how to save energy around the house. Yada yada yada. Two hours after he left for school the other day, I opened the door to his room and was greeted by a tropical heat. He had cranked up the thermostat and not bothered to lower it.

My revenge was to claw back some of that wasted energy by avoiding the range and oven for the day. I would go back to the Instant Pot – a big time and electricity saver – and make a vegetable soup packed with enough carbs to propel my son through the evening's soccer training. But would he eat it?

There are thousands of great Instant Pot recipes online, and no shortage of soups. I settled on this Instant Pot wild rice soup recipe as a test. It involved a much longer cooking time (45 minutes) than I'm used to with the Instant Pot, and the list of ingredients included stuff on my son's no-try list: wild rice, white beans, mushrooms.

Truth be told, what was designed as a purely vegetarian (and vegan) soup, got a slight tweak in my hands. Rather than using vegetable broth as the base, I leaned on the chicken broth I prepped from the remains of a roast chicken the day before. Was that the key ingredient that made this palatable to my adolescent gourmand? Not sure. But it was deliciously creamy without using cream. The trick is to blend in puréed nuts. The recipe calls for raw cashews, but I had none on hand so used Brazil nuts instead, tossing them into the blender with a couple of cups of hot soup, then stirred the mixture back into the soup.

Then I dumped the soup into a container, cleaned and hid the Instant Pot before my son got home.

Why? He has developed an almost pathological dislike for the device because of one early pork chop experiment that didn't go exactly according to plan. Since that time, he has enjoyed dozens of Instant Pot dinners – from hot chicken wings to creamy garlic chicken thighs, to Instant Pot tacos al pastor – without knowing how they were cooked. And without complaint.

When he moves out – be it to attend university or to just escape his parents – the parting gift will not be the latest iPhone. It'll be an Instant Pot.

Did you know? Small appliances, like toaster ovens, can use up to 75% less energy than making the same recipe in your oven or on your stovetop. You can also save with options like pressure cookers and air fryers that cook things much more quickly.

It's not a time-saver to cook steel cut oats in an Instant Pot, but it's easier to prep, worry-free, and you won't need to soak your pan for the clean-up.

Steel cut oats mixed with fruit – fresh or just-thawed frozen – have been a go-to in our home for some time now. But after one too many boil-overs (and the following cleanup) on the stove top, I turned to the Instant Pot. It's the option that takes less energy, both from the appliance and from the person cooking it. It's not a big time saver, as the pressure cook time of five minutes adds up to about 30 minutes in total taking into consideration the heat-up and natural pressure release time. But the oats come out perfect, and it always amazes me how easy it is to clean the stainless steel Instant Pot liner.

Here's a recipe for Instant Pot steel-cut oats that offers a number of options, including how to use your favourite milk or milk alternative instead of water (go for 50% water) plus a dash of vanilla for added flavour. 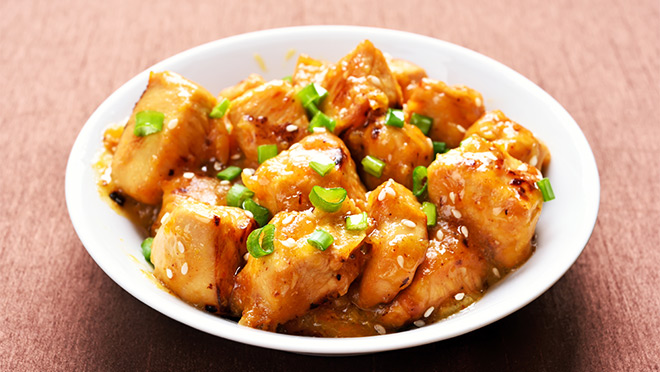