Stay safe from wildlife (and insects) big and small

If you see a bear, stay calm, talk softly and slowly back away. Don't run.

'If you go down in the woods today, you're sure of a big surprise'
– From Henry Hall's 1932 children's song The Teddy Bears Picnic

The good news is that British Columbians are fairly used to co-existing with wildlife and insects. The bad news is that wildlife can still be unpredictable, and many of us still have a lot to learn about how to handle a potentially dangerous situation.

Here are six things you should know about animals (including wasps and ticks) in the wild. Take a look – it could come in handy in what will be a busy summer outdoors.

1. Know your bears, and how to deal with one

The best way to prevent an unpleasant bear encounter is to avoid surprising them. If you're going hiking and camping, take a friend or two with you (the larger the group, the better). Make your presence known by talking, singing, whistling, or by wearing a bear bell. Most bears prefer to avoid contact with humans and will likely move away if they hear you coming.

Start by learning how to tell bears apart, because black bears act differently from grizzly bears.

Follow this advice if you have a close-up encounter with a bear:

Most of us never see a cougar in the wild. To prevent encounters, stay in groups and keep kids and pets close by.

2. With cougars, there's safety in numbers

Cougar attacks, such as the predatory attack on a woman in her rural backyard near Harrison Mills in early May, are extremely rare. As with bears, the best way to avoid an encounter in cougar country is to stay in groups, keep small children extremely close, and to keep your dog on a leash.

If you spot a cougar, pick up small children (or your small dog). They tend to prey on the smallest and/or weakest.

As with bears, back away slowly. Don't crouch down. But if the cougar creeps nearer, it's time to act. Make yourself big: wave a stick or walking stick, and if the cougar comes close, throw rocks. And if a cougar attacks, fight back.

With cougars, there's safety in numbers.

Coyotes can adjust to life in urban settings, but never forget they're a wild animal.

At first glance, a coyote can easily be mistaken for a medium-sized dog. However, coyotes tend to be naturally fearful of people and will often slink away at the sight of you. If however, a coyote doesn't take off, or is hanging around in your yard, here are some tips.

Coyotes often act more aggressively towards dogs during mating season (January to March) so it's best to keep your pets leashed. Picking up after your dog is also important as canine feces can be a coyote attractant.

4. Don't make it easy for animals to find food

The search of food is the single biggest reason wildlife comes into our communities, and if their search is successful, it's very hard to get them to leave. This puts the animal at risk as it loses its fear of humans and can become a safety concern for residents.

Here are some important tips to help keep wildlife away from your home or campsite:

For more information more safety tips and information on the wildlife species found in our beautiful province, check out WildSafeBC.

If you've been in the bush at a time of the year when ticks are around, check your clothing, scalp, base of the head and pubic area for ticks. And don't forget to check your dog.

5. Guard against ticks, then check and remove any you find

The threat of contracting Lyme disease from wood ticks in B.C. is relatively small, but these tiny 8-legged creatures can be plentiful in grassy and wooded areas of B.C., especially from March through June. Guard against getting them in the first place, then know how to check for them (and remove them).

Here are a few tips for avoiding and dealing with ticks:

How to avoid and remove ticks (HealthSafeBC)

When there's food around in summer, wasps are never far away.

Wasps love a party, at least when there's food around. So as the summer moves along and wasps get busy, it's a good idea to minimize the presence of food, sweet drinks and other things that might attract them.

When there are wasps around, avoid going barefoot. Be careful in berry bushes when picking fruit (or pick early in the morning before they're active). And if you accidentally disturb a nest or hear a buzzing, protect your face with your hands and run.

Here are a few more tips that can help you coexist with wasps:

Learn more about insect bites and stings, and spider bites 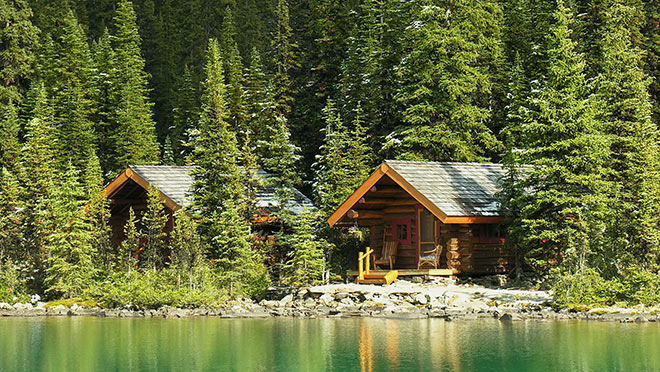 No gear for camping? 10 other ways to stay in the outdoors

For those interested in staying in B.C.'s outdoors who don’t have the camping gear, there are a variety of great options. 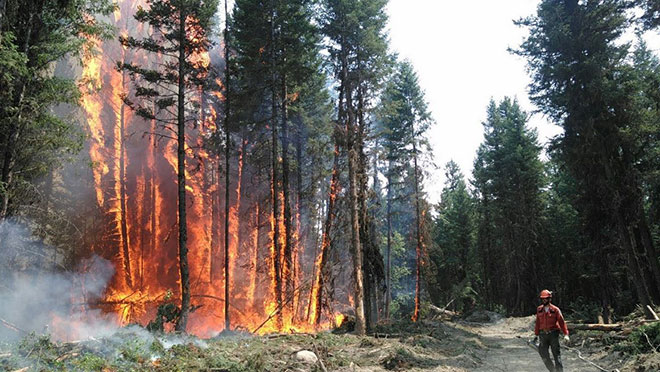 BC Hydro Fire Marshal urges public to be 'FireSmart'

BC Hydro's fire marshal urges employees and the public to be cautious as wildfire season starts early in B.C.