Shutting down equipment when it's not needed is a sure-fire way to save, but remembering to power-down is much easier said than done.

In many industrial facilities, powering-down production equipment is a manual procedure, a task that's easily forgotten as employees wrap up a day's work. But equipment that's left on during non-production hours, like in the evening or on the weekend, can carry significant cost.

"There's no sense in paying for electricity you don't use," says Oscar Tsai, plant manager for Mustang Survival, who after participating in BC Hydro's operational energy analytics program, has gone the extra mile to ensure the apparel company powers down properly each night.

"Shutting off our heat presses each night, and on weekends, was identified by the energy consultants for operational energy analytics as one of the simplest ways for us to save, but I recognized early on that the action required manual intervention by an employee," he explains. "Switching off a heat press is such an easy thing to forget to do at the end of a long, busy day. Relying on memory alone isn't very reliable."

Since enrolling in BC Hydro's operational energy analytics program in 2017, Mustang Survival has saved over 58,000 kilowatt-hours – or $4,660 annually – by making a handful of operational changes and lighting improvements at its Lowland Drive plant in Burnaby, B.C. A heat press power signal panel, which Tsai had custom built and installed near the plant's employee exit door, flashes green if any one of the company's 10 heat presses is left on accidentally after 6 p.m. "It's our back-up plan, our double check. If there's no green light on the panel, we know we're good," says Tsai.

Programmable timers, also installed by Tsai, automatically turn off the plant's lights and HVAC system at 6p.m. each day, eliminating the need for any manual intervention by employees. (If overtime's required at night or on the weekend, there's a special key that employees can use to override the system.) A plant-wide switch from T8s fluorescent lamps to LEDs has also contributed significantly to the annual electricity savings, brightened up the plant, and freed-up time for facility and maintenance staff to focus on other cost saving measures, such as fixing air, oil and steam leaks, rather than chasing after failing fluorescents.

"Recognizing problems, finding solutions and continually optimizing for improved performance is part of our DNA at Mustang Survival. It makes perfect sense to apply the same approach to managing our energy usage too." 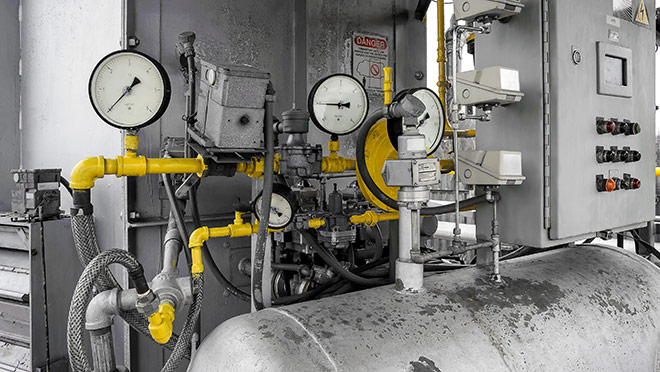 Take advantage of short switch-off periods to cut electricity use

Shorter switch-off periods of 20 minutes to a few hours can have a great effect on energy use and costs at industrial facilities. 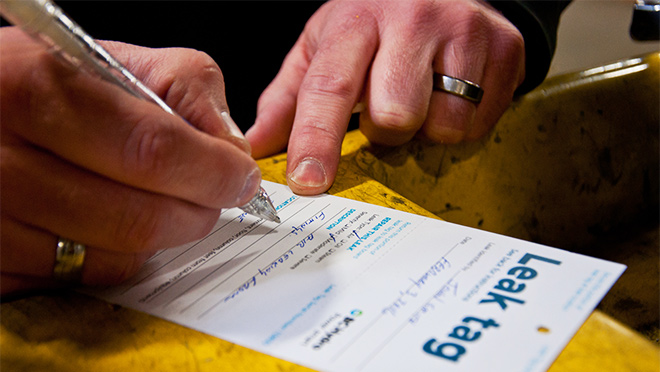 Leaks in compressed air, steam and oil systems can cost you thousands of dollars a year. The Leak Tag Board system – available free from BC Hydro – engages employees in identifying and repairing leaks, to cut energy waste and save money.