Nelson's Andrew Chewter chose the 2014 Leaf SL hatchback because it suits his family's lifestyle. For his ownership cost comparisons, he has used a new Ford Focus, a used Ford Focus Titanium and a Prius V hybrid. (Photo courtesy Andrew Chewter)

More than 143,000 km on, Andrew Chewter loves his Nissan Leaf

Andrew Chewter's dream car would offer the all-wheel drive capability, clearance, and cargo space of his Subaru Forester, but would be an electric that cost less than $50,000. For now, he's just fine with his 2014 Nissan Leaf SL electric that has racked up more than 143,000 km.

"It's better than any other car I've owned or driven," says Chewter, an environmental engineer who works in Trail but commutes daily via the Leaf from his home in Nelson. "It's quiet, it's very smooth, and drives the same way as when I bought it."

Oh, and in case you missed it, the Leaf is so cheap to run that it’s close to overtaking, in terms of total ownership costs, two equivalent-sized gas-powered cars (and one hybrid) he uses as a cost comparison. This much we know, thanks to regular spreadsheet analysis provided by Chewter on his popular Kootenay EV Family blog.

It's better than any other car I've owned or driven.

Chewter's most recent spreadsheet from December 2017 shows a cumulative cost analysis that's  fascinating, and which demands a little explanation:

Here’s the kicker. Because Chewter's purchase of the Leaf coincided with a gap in B.C.’s $5,000 Clean Energy Vehicle rebate on electric plug-ins, he bought it unsubsidized. If you factor in the $5,000 CEV rebate he missed out on – something he does (naturally!) in a separate column in the spreadsheet – his cumulative cost would have been $33,861. That would put him just higher than the used Focus, and well ahead of the two other new vehicle options.

Chewter's Leaf plugs in at Midway, B.C., site of an old gas pump that has been converted into an electric vehicle charger. (Photo courtesy Andrew Chewter)

Why choose the Focus and Prius V as a cost comparison

Critics of Chewter's vehicle comparisons might start with the fact that he hasn't chosen the smallest, most fuel-efficient gas-powered cars. But on his blog, he has noted that he chose not to compare against a tiny car like the Nissan Micra or Yaris, because he wanted something similar to the Leaf in cargo space and hatchback suitability for his family's active lifestyle.

It's just a matter of time before the Leaf starts winning the cost comparison race against all three options he considered for an on-the-go family that needs a vehicle capable of hauling bikes, camping gear, and a canoe. With gas and maintenance costs factored in, he’s saving close to $4,000 a year over the two Focus vehicles, and nearly $3,000 a year over the gas-electric hybrid Prius.

The bigger surprise has been maintenance costs, which he calculated by contacting local auto service shops to see what he would have been spending on basic maintenance for the gas-only and hybrid vehicles.

“There were a couple of regular maintenance items in there that were $600 – that's my entire year of electricity consumption at home for a year," he said.

But what about depreciation of the Leaf?

If you tried a similar analysis using the Canadian Automobile Association's driving costs calculator – which only includes model years of 2015 or newer - you'd get quite a different result than Chewter. The big reason? The CAA cost calculations factor in the much higher depreciation costs associated with most electric vehicles.

For his analysis, Chewter disregarded depreciation.

“I think it depends on whether you’re a buy-and-hold type person, or whether you swap vehicles quite a bit,” he says."I've basically ignored depreciation because I planned to own this car for a long time, and basically run it into the ground.”

Chewter's Nissan Leaf is parked alongside another Leaf at a public charging station in the parking lot of Trail's Civic Centre arena, near his workplace. Competition for those spots, however, is getting fierce. (Photo courtesy Andrew Chewter)

Don't expect Chewter to ever go back to a gas-guzzler, but he's facing a decision. His Leaf’s 130-km range has already depleted a bit, as his battery has lost a bar's worth (about 15%) of storage capacity, and it's getting more difficult for him to get one of the spots at Trail's public charging station at the Civic Centre arena.

So rather than keep the Leaf for a long time, replacing the battery pack along the way, he may opt for an electric vehicle he won't need to charge in Trail, where he works at the Teck smelter near the arena.

"My new recommendation to people is to only buy an EV if they can do their round trip reliably on one charge from home," says Chewter, whose round trip commute is 144 km.

My new recommendation to people is to only buy an EV if they can do their round trip reliably on one charge from home.

If he keeps the Leaf, he could face increasing difficulty accessing one of those public charging spots in Trail. And he would have to keep his Subaru Forester as the family's other vehicle, which is used primarily for longer road trips such as the one he took to the East Kootenay area last summer.

Deep down, he really wants to be part of a one-car family. And for that, he wants an electric that's as handy as his Subaru, something he outlined in a blog post titled "What we want in a Tesla Model Y".

"That $10,000 to $12,000 spread between what we paid for our Forester versus say a car that's in the low $50,000s, we'd pay that off within four or five years of owning the electric car," he explains. "After that you’re just kind of …  I wouldn’t say you're making money, but you're continually saving money. It's almost like a pseudo investment – if you have to own a car anyways, then look at the cost of it. Maybe buying an electric car is slightly more up front, but over the long term, you've spent less money on it overall."

In the end, what matters most to Chewter is the number 6,038. That's the total kilograms of greenhouse-gas emissions he avoided by driving the Leaf over the first 10 months of 2017. 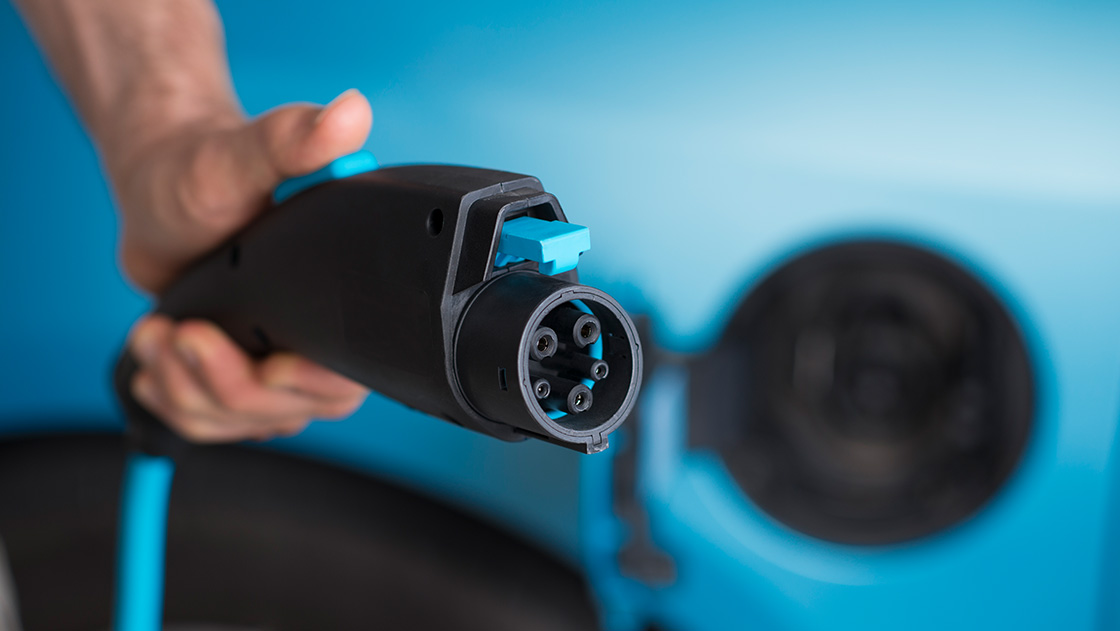 Depending on the type of car you're looking for, the math on total ownership costs is starting to point toward cost parity between full electric and gas-powered vehicles.