Temperature dips, bill goes up: What can I do?

MyHydro graph, available for free to BC Hydro account holders, shows a comparison between November 2016 and 2017 energy use. The 2017 numbers (in light blue) show a significant increase in usage from the year before.

The heat is on.

That's become obvious from my November BC Hydro bill, which will cost me an estimated $61 compared to the $32 I paid a month earlier. And the picture is particularly dramatic when I log in to bchydro.com and use MyHydro to plot my energy use against average outside temperature. I've included that graph at the top of this story, and it underlines the cold truth of winter energy bills in Canada.

I was still surprised, however, when I chose a comparison of this year's electricity use vs. the same period last year. This is what it showed.

Here's the good stuff. Choosing the "outside temperature" option in MyHydro adds a line indicating temperature. And true to form, outside temperature drives consumption spikes. Like in many B.C. homes, heating is the big driver of winter time electricity use.

Why did we use more electricity last month than a year ago?

I suspect that we may have cranked the heat up a little bit higher than usual when the colder days hit, in part because a couple of us were sick with a cold and really feeling the effect of the late-fall chill. There were even a couple days where we stayed home from work.

But why was our usage so much higher than a year ago?

Again, MyHydro had the answer. Below you'll see that temperatures during this period last year were significantly warmer than this year. Twelve days were above 10 C, and no days dipped below 5 C. But over the past month this year, we had just two days above 10 C, and five days with temperatures between .3 C and 4.2 C. And that’s when our usage really spiked, which you can see in the graph at the top of this story.

But wasn't the winter of 2016 colder? Not in November, as this graph shows. By selecting the identical period from last year for comparison, we see that outside temperatures were significantly warmer than in 2017, when the coldest November day in Vancouver neared freezing.

With the coldest days yet to come, how can we keep heating costs down?

We're going to pull out the sweaters and slippers and get more careful about turning down the heat when we're away. If we go away skiing for a few days and turn our thermostats down to 16 C before we head out the door, we're going to save a lot.

As one of my fellow BC Hydro writers discovered last winter, just maintaining a home's minimal warmth during the coldest days can be costly. So consider resetting your thermostats, manually or through a programmed schedule, regularly.

Here are some of the other things we're going to change or consider changing as the days get colder: 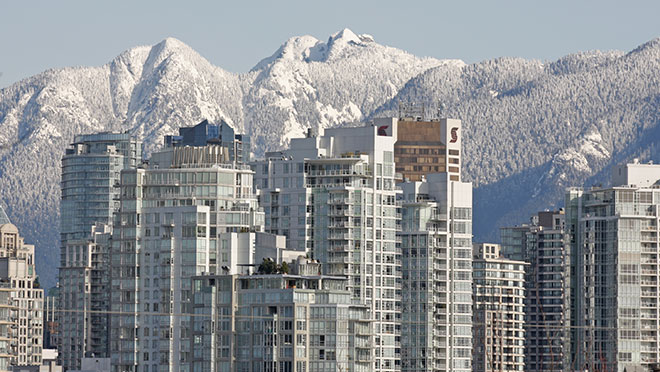 A look at how one family has used BC Hydro tools to help save an average of $200 a year in energy bills over the last decade.

If you're hoping to delay paying a higher step 2 rate for electricity this winter, start by tracking your usage to know when you're using the most power.