Why some LEDs last longer than others

Where you use an LED can have a dramatic effect on how long it lasts. Enclosed spaces such as recessed ceiling mounts work fine for LEDs if there's enough room near the base of the lamp for heat to dissipate. But if heat builds up, the life of the lamp will be compromise.

Look for the ENERGY STAR® label, and use your lighting correctly

These are the three paths to the premature death of an LED, according to Cristian Suvagau, a BC Hydro engineer who was asked why LED lights sometimes don't last anywhere nearly as long as their promised 15-year-plus life expectancy.

You don't have to search far online to find complaints about LEDs dying a few years – or even months – after they've been installed. Celebrated for their cost-effectiveness in the long-term – a combination of their excellent energy efficiency and their longevity – it's not surprising that customers might be irate after an LED falls short of that promise.

The good news that the right LED used properly is going to deliver quality light and savings in the long term. Here's some advice from Suvagau on how to ensure your LEDs deliver the goods.

Not all LEDs are created equal

To start with, make the smart choice. Spend the time to find an ENERGY STAR-rated LED.

"You obviously get what you pay for," says Suvagau. "With ENERGY STAR, you're getting a well-vetted product that has been evaluated and tested for performance."

Expect an ENERGY STAR LED, used correctly, to have a minimum of 15 years of "usable life". Unlike incandescents that actually burn out, LEDs don't typically fail – instead the lumens (or brightness) depreciates. They dim over time.

You may have noticed that a few years ago, the claims around LEDs were almost always that they'd last 20 years or more, while today, an ENERGY STAR LED has to last a minimum of 15 years. Here's the explanation from Suvagau.

"At the beginning, manufacturers wanted LEDs to last as long as possible, but sometimes there were tradeoffs," he says. "Those included colour temperature and dimming gradient, things that were important to customers. The goal shifted to ensuring a good, long experience.

"The result is that LEDs have improved. You can now get LEDs that range from soft light, right up to daylight, and that's what customers want."

As he talks about LEDs, Suvagau gets genuinely excited about several recent developments, including the arrival of the Dubai Lamp. Developed by Philips specifically for use in the United Arab Emirates the ultra-efficient bulbs are creating quite a stir in the lighting community.

"It's a filament lamp on steroids," says Suvagau. "It's an [Edison-style] lamp that's delivering 200 lumens per watt, so you're getting 600 lumens from a three-watt lamp."

One other big reason for LEDs burning out prematurely is what Suvagau calls "the bad application", which is really about using LEDs improperly.

Heat is the enemy of LEDs, and they're designed to dissipate heat to ensure performance and longevity. But if they're in an enclosed space with no air flow, they're going to heat up and die prematurely.

"Do not seal them in an unaerated environment," warns Suvagau. "If you have a globe fixture where there's no air circulation, they will get hot – and heat will destroy anything that's electronic."

An improperly-installed recessed LED in the ceiling, for example, might not allow the fixture to allow heat to escape. Suvagau recommends using an LED retrofit kit to replace a recessed light, and to always check to ensure good air circulation.

Older, non-compatible dimmers can also cause issues with LEDs, even if they initially seem to be dimming the LEDs properly. Over time, overheating can kill the longevity of the lamp.

Any new dimmer you buy should be LED-compatible, but also check to see if the LED you're buying is dimmable. That's not always the case. In general, dimming LEDS is an excellent way to extend the life of the bulb. If you're inan area where you don't need full brightness most of the time, use that dimmer as much as possible.

‘And then there's the ubiquitous bad batch'

The third major cause of premature LED failure is the flawed bulb, what Suvagau calls the "ubiquitous bad batch". Keep the receipts for all your lights and don't hesitate to return them to the store for a full refund or replacement.

"Yes, you can get unlucky," he says. "Go back to return the product." 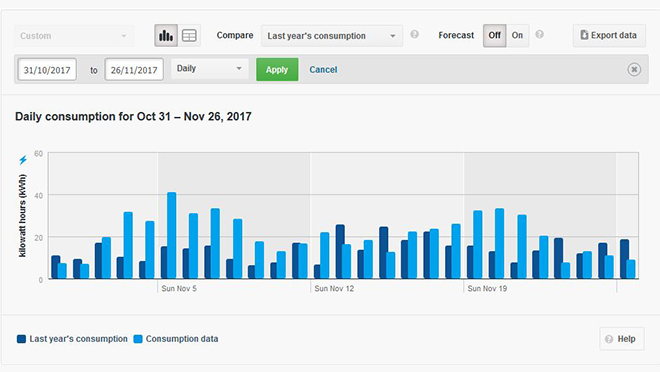 Temperature dips, bill goes up: What can I do?