Outdoor pools: a clever way to save gas and energy consumption

Ian Harvey poses with a lifeguard next to the crystal clear windbreak.

Simple, inexpensive strategies help Vancouver in quest to be the greenest city

Linking energy conservation to organizational goals can be a great way to galvanize support and boost innovation. A case in point? At the City of Vancouver, they want to be the greenest city in the world by 2020, and they're looking at departmental initiatives to reduce greenhouse gas emissions and save energy.

This includes Vancouver's two heated outdoor pools — Kitsilano Pool and Second Beach Pool. While the pools are hugely popular with the public, they're also huge gas and energy consumers. But how to reduce gas and energy use, while still keeping the pools warm, comfortable and enjoyable?

The City found a solution [PDF, 1.5 MB] that not only reduces GHG emissions but is inexpensive and easy to implement: windbreaks around the pools.

"When we were looking at the total energy footprint of the City, outdoor pools were standing out as being bad news stories," says Ian Harvey, manager of building operations with the City of Vancouver. "Outdoor pools get a lot of wind — similar to blowing on a cup of coffee — which means water needs to be replaced and reheated more often."

"I had been mulling over different possibilities, but kept going back to the idea of a windbreak," adds Harvey. "I was inspired by the mesh netting you see on tennis courts to reduce the wind, or the material used on building envelopes."

To ensure they were on the right track, Harvey and his team engaged UBC engineering students, who conducted data on wind direction and patterns, as well as optimal placement of the windbreaks. In the summer of 2014, they installed a series of trial windbreaks at both pools. The experiment ended up being a tremendous success, with surprising results.

Benefitting the environment — and patron comfort

At the end of the trial period, the City discovered that besides substantially reducing heating costs, the windbreaks also greatly increased customer comfort. In addition, because the windbreaks are clear, patrons can still enjoy the view.

"It turned out to be quite positive," says Harvey. "First of all, by cutting the wind, it made it easier for people to lie next to the pool and sunbathe. Also, one thing we hadn't considered is that because the windbreak material is attached to the concrete, it improved the security of the patrons. They could put things like towels next to the walkway of the seawall, and people couldn't reach in and pull stuff out. In fact, when we went in July to take the windbreaks down, everyone asked us to leave them up."

Shannon Cooper with TurnLeaf Consulting is a big believer in experimentation. "A few years ago the City hosted an inter-municipal workshop to explore opportunities for energy reduction," says Cooper. "Out of that came a bunch of different ideas, including the windbreaks. It's important to experiment and not be afraid to test the waters. Just because things have always been a certain way, doesn't mean it won't work. In this case, not only did the City's windbreaks work, but the response was even better than they had anticipated."

"It helps if you have a project that you can tell a story about," adds Craig Edwards, energy manager with the City. "A project like this is something that people can relate to; it riles them up and gets them on board."

In 2014, the windbreaks saved approximately $44,000 in natural gas [PDF, 1.3 MB] consumption — a savings of about 25 per cent over previous years — as well as 220 metric tonnes of GHGs. That's the equivalent of removing 46 cars from city streets. And in 2015? The windbreaks are back up, much to patrons' delight.

"Outdoor pools have an important place in Vancouver," says Harvey. "People line up at the gate on the first day they open, and they're there the last day. We want to maintain that operation, but to reduce their environmental impact as much as possible. The windbreaks are a great start." 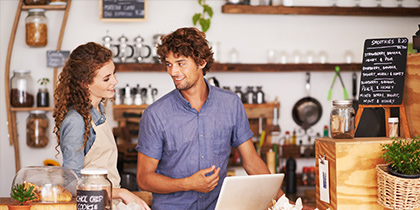