Could you use a thermostat with a big brain? Or a 30-million song music library?

Here are some great gift ideas for the holiday season that are either smart about energy use, or help you keep your electricity use in check.

Now available in Canada, the nifty Nest thermostat ($249; Amazon.ca, Home Depot, Lowe's) isn't programmable as much as it is smart. Within a week it learns the habits of your household, and starts making temperature adjustments without you having to worry about it.

The Nest uses activity sensors to automatically turn the temperature down when there's nobody home. And it uses the weather information from your location to adjust what happens inside to what's going on outside.

The company says that three out of four customers can install the device themselves, but there's installation service available if you'd rather have a professional do it for you.

With the Nest, it's easier to find energy efficiency in how you heat your home. 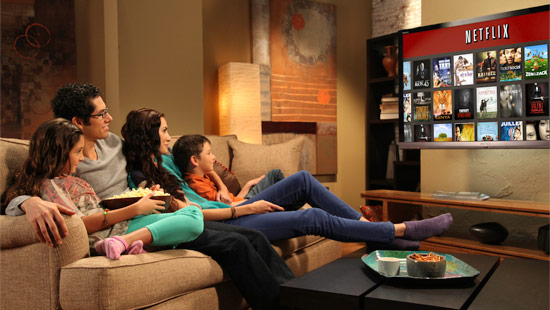 For only $8 a month, Netflix gives you access to hundreds of movies and TV shows instantly. With one account you can register up to four devices, including smartphones and tablets. So you can pause viewing on your tablet and start watching from that same spot on your TV.

Or you can watch back-to-back episodes of Breaking Bad and Arrested Development while the kids enjoy Dora and SpongeBob Squarepants.

You save money by not purchasing or renting DVDs, and you don't have to worry about whether the movie you want is in stock or not. And you won't have to feel like you wasted money if you decide you don't like something after only 20 minutes; your monthly subscription lets you watch as much as you want.

And if you've left things until the last minute, you can order a gift subscription online. They are available from one month up to one year.

iTunes Match ($27.99 per year), from Apple, scans the content in your iTunes library, and makes it available to you anywhere. Even music not purchased on iTunes, like those old CDs you ripped.

Music Unlimited ($9.99 per month, $59.99 per year) is the option from Sony. It also gives you access to music on a range of devices — MP3 players, iPhones, PS3s, and handheld Playstation game systems — and will accommodate music from your personal library.

How many devices do you have that charge using a USB cable? Some plug into your computer, and others have adapters to plug into your wall outlet. Well now you can get rid of the adapter.

The Power2U wall outlet ($19.99) has two USB charging ports built right into it. The "Smart Power" design outputs only enough power required by the device and power to the USB ports disconnects when devices are unplugged to prevent standby power use.

The integrated USB ports accommodate USB 3.0 and USB 2.0 devices, including iPods and other MP3 players, tablets, and mobile phones.

Portable battery bank: power when you need it

We've all been caught near the end of a long day with our mobile device (or devices) running low. That's when you want to have the Innergie PocketCell ($90; London Drugs) in your briefcase.

A rechargeable device, the Innergie is compact and has the capacity to double the life of an iPhone and gives an iPad about four extra hours.

The PocketCell comes with a cable that you use to charge it as well as to charge your devices. The one short cable has an Apple connector for iOS devices (pre-Lightning connector), as well as micro- and mini-USB connectors.

Best of all, the smart PocketCell will automatically enter sleep mode if it's not in use, so it doesn't waste a charge waiting for you to plug it into something.

The Mac Mini (from $599) uses only 11 watts of power when idle, less than most lightbulbs. And the latest revision to the iMac line of desktop computers (from $1,299) with the integrated display has a 5 mm edge and uses 50% less power when sitting still, even with the display on.

It's not just the computers that use less electricity. The hardware is more efficient in part because of the software that's been designed to make it work.

The basic way that your computer operating system keeps a lid on wasted electricity is by powering down displays and hard drives when they aren't in use. But life now happens 24 hours a day, and many people tend to leave computers on to perform data backups and software upgrades while we sleep.

The latest edition of Windows (Windows 8) includes all of the custom power-saving settings as the previous version, so you can take control of when the screen dims and when your computer powers down after a period of inactivity. But because of the optimization in the new operating system, computers running Windows 8 use up to 30 percent less power than those using Windows 7.

And for Mac users, the new Power Nap mode in Apple's OS X Mountain Lion ($19.99) allows your computer to go to sleep while still getting your mail and updating contacts, calendar, and software.

Flashlights come in handy all the time, regardless of season. We use them when we're camping in the summer, we use them to find our way during outages in the winter.

Pelican ProGear equipment, used in many emergency and industrial situatoins, has recently become available in Canada, and the company's got a line of flashlights to meet nearly any need.

From compact models that require only one or two AAA batteries (from $36) to the tactical versions that can project high-intensity light with only two AA batteries (from $68), to headlamps that allow you to keep your hands free (from $45).

All of the units use LED technology so they deliver super bright light with minimal power requirements.