Costs cut to reduce rate increases needed to power B.C., now and in the future

In keeping with our commitment to keep our customers informed about BC Hydro’s investments in the electricity system, our cost-cutting measures and the impact of both on your bill, I want to give you an update on our amended revenue requirements application, filed today with the British Columbia Utilities Commission.

In short, we are applying for a rate increase to all customer classes (residential, commercial and industrial) that is half of what we originally filed in March 2011.

50 per cent reduction in the 3-year rate increase

Following a government review of BC Hydro, we accelerated our ongoing efforts to reduce costs, and worked with the Province to identify additional cost savings. In addition, we have experienced more favorable economic conditions than originally anticipated.

This means that beginning in April of next year, our average residential customer will see an increase of about $3 per month on their bills for each of the next two years.

We know that even a modest rate increase can impact your budget, which is why we’re doing everything we can to become a more efficient and cost-effective company. We’re following through on the government review’s recommendations to find cost savings wherever we can, including reducing the size of our staff and starting or completing  some capital projects later than planned.

Keeping the lights on and investing in B.C.’s future 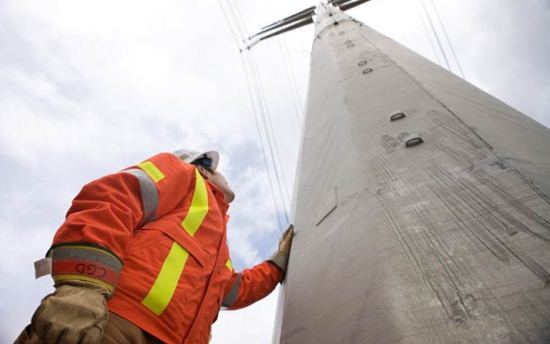 Every day, you count on us to deliver safe, reliable electricity. The system that generates and delivers that power  is aging. Our generating facilities and transmission and distribution systems were built in the 1960s, 70s and 80s and paid for by generations of British Columbians who came before us.

Now, we need to make critical investments to maintain and expand our system to meet new demand as our population grows.

Among many critical upgrades, BC Hydro is planning to:

The amended rate increases we filed for today strike the right balance between keeping rates affordable for our customers, and upgrading the system to ensure we can continue to deliver power to you safely and reliably. This is especially top of mind as we enter storm season and the colder months of winter.

Our homes, businesses and industries are dependent on electricity, and it’s typically only when the power goes out due to a storm or equipment failure that we truly appreciate its value.

Low rates can be even lower with conservation

Even with these proposed rate increases, you  will continue to benefit from electricity rates that are among the lowest in North America [JPEG, 125 KB].

We encourage you to take a look at our Power Smart programs and incentives to see how you can partially or even fully offset rate increases by simply using less electricity. Smart meters will also make it easier for you to monitor and manage your energy use to conserve electricity and save money.

We’re here for you

I want to assure you that everything we do is done with you, our customer, top of mind.

We are proud to be a Crown Corporation for the benefit and service of British Columbians. Whether it’s keeping rates low, restoring your power quickly and safely, investing on your behalf in facilities for the future, we know you are counting on us.

We take seriously our role in your daily life and in operating the clean, affordable electricity system that is the backbone of B.C.’s economy.

All of us at BC Hydro are committed to working hard to keep the lights on for you and your family, and we will work equally hard to manage costs to continue to keep your rates affordable, both now and in the future. .